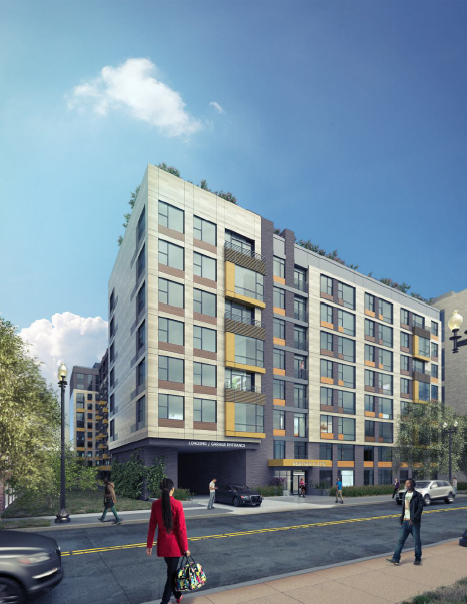 “On July 7th, the District of Columbia Housing Finance Agency (DCHFA) closed on the financing of an affordable housing development in one the District’s most sought after neighborhoods, the U Street Corridor. The Agency issued $27 million in short term DCHFA tax exempt bonds providing a portion of the funding for the acquisition of Portner Place and construction of Portner Flats (1440-1450 V Street, NW) located in Ward 1, one block west of The Frank D. Reeves Municipal Center at 14th and U Streets, NW. Blaylock Beal Van, LLC underwrote and sold the bonds in the publicly offered transaction. In addition to the bond financing, $14.5 million in equity was raised by Boston Financial Investment Management for this development through the syndication of low income housing tax credits allocated by DCHFA. Prudential Mortgage Capital Company underwrote the mortgage and is the permanent lender for the FHA insured transaction. The DC Department of Housing and Community Development (DHCD) also provided $2.4 million in subordinate financing for this project.

“This neighborhood is emblematic of how housing costs in D.C. have risen to levels beyond the range of many low and moderate income residents. This transaction doubles the number of affordable units at this location in the U Street Corridor; seamlessly integrating 96 units of green, amenity rich affordable housing with high end market rate apartments and retail,” stated Todd A. Lee, Acting Executive Director, and DCHFA. “People at all income levels should have the opportunity to live in thriving, transit oriented mixed-use neighborhoods.” Portner Place LLC’s (a partnership comprised of Somerset Development Company and Jonathan Rose Companies) development plan for the property preserves and expands the number of affordable units at the site. The buildings that once held the 46 unit garden style apartment units have been demolished and the tenants who desire to return have been temporarily relocated. The $53.1 million redevelopment will feature a newly constructed eight story building with 96 units. The project will consist of a mix of 23 studios, 25 one bedroom, 36 two bedroom, and 12 three bedroom apartments.

The new building will house individuals and/or families making 60 percent or less of the area median income (AMI). Fifty percent of the units will be subsidized by a HUD Section 8 contract, with approximately 70 percent of those units reserved for the families who were temporarily relocated. Portner Flats will be served by an underground parking garage with 31 reserved spaces for residents. The project will also include interior court yards and playgrounds, a business/computer training center, EnergyStar appliances including in-unit washers and dryers, and a green roof. Just across the courtyard, 288 units of market rate housing will be built making this slice of U Street an example of what can be accomplished when public and private entities think outside of the box in an effort to help solve the affordable housing crisis in the District. 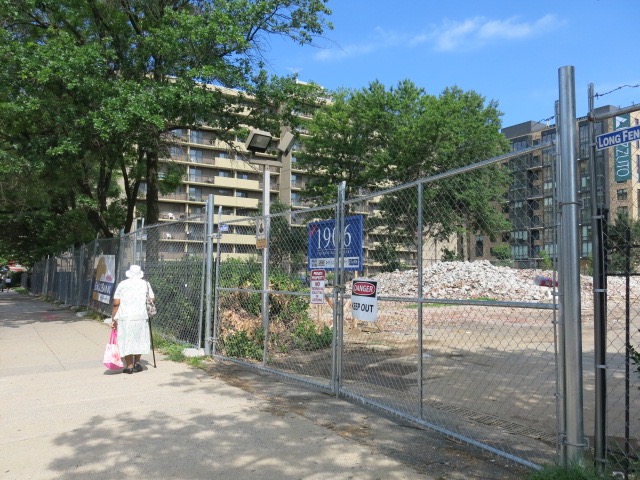