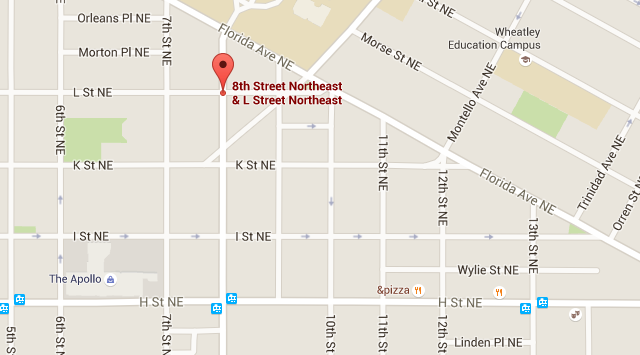 “On today’s date at approximately 10:45am, First District members responded to the 8th and L Streets, Northeast, in reference to an assault. Upon arrival, the victim reported while walking, a male suspect approached her and struck her in the face with a brick. A non-involved witness observed the assault, chased after the suspect northbound on 8th Street, NE, then westbound on Florida Avenue, NE, and lost sight of the suspect in the area of 3rd and M Streets, Northeast. The victim sustained injuries to her face and was transported by DCFEMS to a nearby hospital for treatment.

The suspect is described as a black male in his 30’s, light complexion, 5’8, slim build, last seen wearing a gray sweat suit.

This case is being investigated by the First District Investigative Unit. Anyone with information about this case is asked to call the police at (202) 727-9099. Additionally, anonymous information may be submitted to the department’s TEXT TIP LINE by text message 50411.”