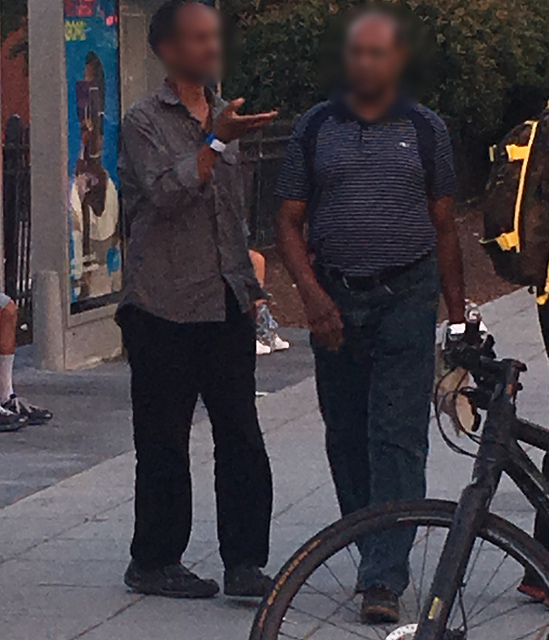 Ed. Note: You may also wish to contact the Mobile Crisis Team (MCS). “The team is part of the Dept of Mental Health’s Comprehensive Psychiatric Emergency Program which operates 3 mental health programs:

I’d like to let you, PoPville, and the community know about a man in the Shaw area (around Florida and Georgia Aves NW) coming up to people and harassing them for (I assume) money by putting his hand in front of people’s faces (he doesn’t actually speak minus some mumbling: “come on”, “gimme” etc.) and following you if you try to walk away.

I first saw this man on Saturday (6/4) – he was tripping people as they tried dodging him and walking away, and after tripping them, he would move on to the next passerby. At one point, he even took a bunch of balloons near the soon-opening Cava and popped them in a bunch of people’s faces as they waited for a stoplight to change.

I saw him again yesterday evening at around 8:30 pm while waiting for the 70 at the Florida and Georgia Ave stop, right outside Howard Hospital. He came right up to me, lingered for way too long, and nearly whacked me in the face. A woman behind me yelled at him, then he went right up to her and did the same thing. He continued going up to people as they walked by, then started walking away from the bus stop.

While I haven’t seen him do anything more outrageous than tripping and annoying people in his general vicinity, it’s rather unsettling to be approached when you’re minding your own business at the bus stop.”