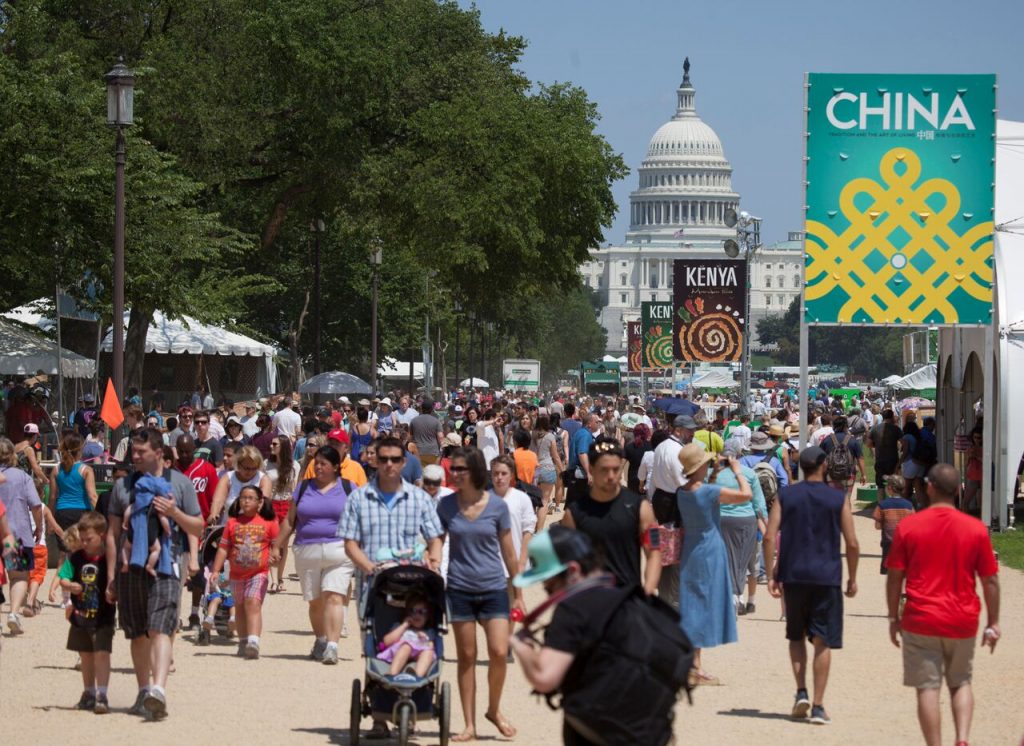 The Festival Marketplace is a curated collection of items that highlight the people and traditions featured in the Folklife Festival. Not only can visitors purchase these items, they will also be able to hear the stories behind many of the crafts available. Featured Festival participants include ironworker César Alcoz, potter Blanca Gómez de Segura, painter Jesus Mari Lazkano, espadrille makers Les Espadrilles de Mauléon and master stone carver Bernat Vidal from the “Basque: Innovation by Culture” program. Participants from the “Sounds of California” program will also have their items available for purchase in the Marketplace, including music from the band Quetzal and master rubâb player Homayoun Sakhi, as well as crafts from Grupo Nuu Yuku de San Miguel Cuevas. Other items for sale include sunglasses innovatively crafted from wood ($155-170), Basque soaps ($8.50), sustainably harvested gourmet salt from Alava ($8), Rioja Alavesa wine ($27) and Basque cider ($11).