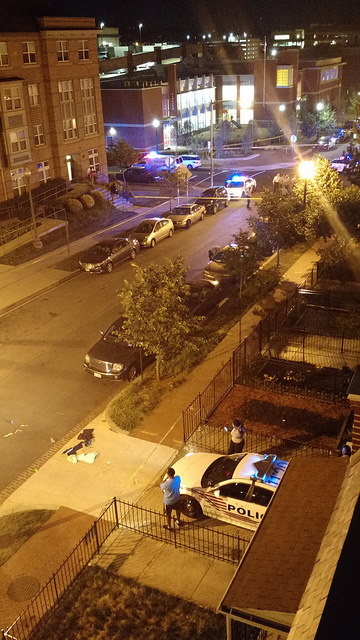 “This is the scene outside my house right now. At least 9-10 gunshots at around 9:15. Man shot, that’s the clothes and towels in the foreground. He was awake when taken to the hospital. Cops said more like 15-20 shots. I think the victim is in stable condition. It was a very quick response by both the police and the ambulance, they were there in minutes.”