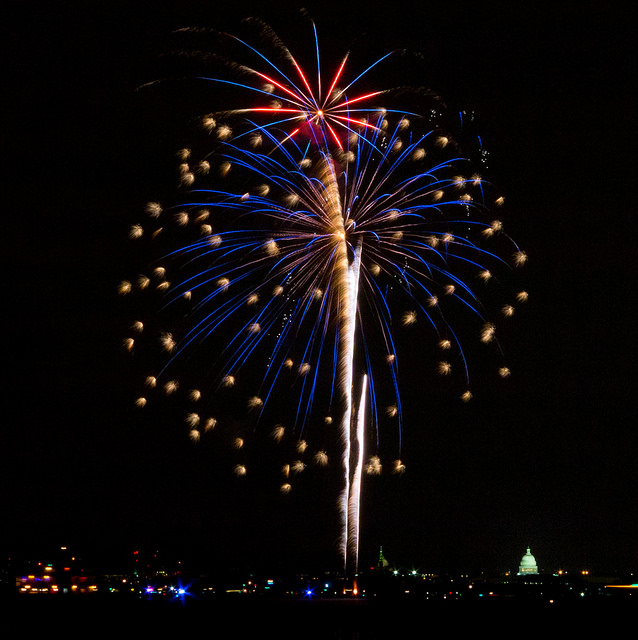 “Metro will provide frequent rail service during the evening hours of Monday, July 4, to accommodate those attending the fireworks display on the National Mall.

Several hundred thousand passengers are expected to take Metrorail on Independence Day, with crowds primarily traveling to and from the 9:10 p.m. fireworks display on the Mall, as well as other events around the region. Metrorail service will operate from 7 a.m. until midnight, with near rush-hour service levels before and after the fireworks. Off-peak fares will be in effect for the entire service day.

There will be no scheduled track work anywhere on the system on the holiday. Trains will operate on a regular service pattern. Rush Plus Yellow Line service (Yellow Line trains between Franconia-Springfield and Greenbelt) will not operate.

Riders are encouraged to travel to a station on the same line as their starting point to avoid crowds at transfer stations. For example, riders on the Green and Yellow lines should consider walking from L’Enfant Plaza, rather than transferring to the Orange or Blue lines. After the event, walk back to the same station, on the same line as your origin.

This year, Smithsonian Station will be open all day; however, the Mall entrance will become “entry-only” after 9:30 p.m. The Independence Avenue entrance will be available for both entry and exit throughout the entire day.”