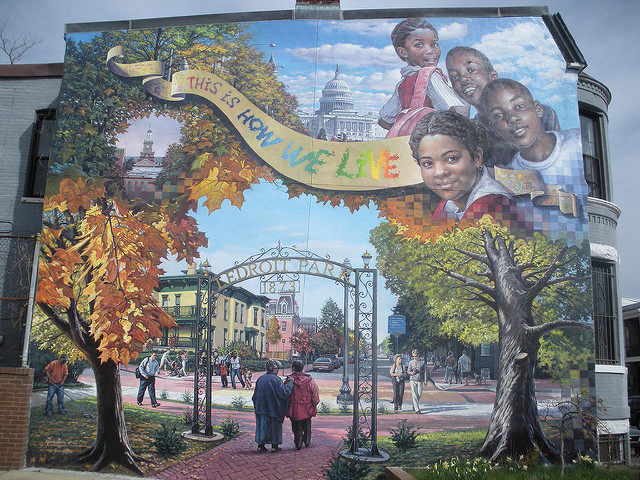 I’m writing to share a scary experience I had last night in Ledroit Park, both to warn the community of a dangerous individual and to thank the many neighbors that came to my rescue.

The TL;DR version is that last night in Ledroit Park on 4th St. NW between RI Ave. and Old Maple Ave., a man chased and attempted to assault me. Black male, maybe in his 30s, but I didn’t get a good look. Black t-shirt, black jeans, black bookbag. He ran away towards Florida Ave/RI Ave. and New Jersey and was seen swinging at others and attempting to knock over bikers. I do not know if he was apprehended, so please be aware and on the lookout!

Details of the incident are below:

I live in Bloomingdale and around 7:45pm (estimated, I’m not sure exactly) last night, Monday 6/27, I was walking my dog on 4th St. NW coming from Florida Ave./Rhode Island Ave. and walking toward Old Maple Ave. (Ledroit Market is on the corner). I saw this man approaching and he seemed a bit weary of my dog, who is a 70 lb. bull terrier. This happens sometimes as he’s kind of intimidating, and I make sure to keep my dog very close and give a friendly look to assure people he’s not going to bother them. As this man got close to us, he said, and I’m paraphrasing, “I’m going to kick your dog! You shouldn’t bring your dog around my neighborhood or I’ll kill it. Get the f*** out of here you b****.” It took a minute for me to even register what he was saying and I just tried to move out of his way and continue on. He then turned around and started to chase me with his arms out as if he was going to grab and/or punch me. He continued to scream that he was going to kill me and there were some racial undertones (“white devil bitch,” etc.). I don’t want to make this about that though, because this was a person who was either having a psychotic episode, a drug issue, or both. I started running and went into the middle of the street and saw that there was another man on the opposite side of the street and I was just hoping to flag him down or have a car stop. Anything to get away from the guy.

Thankfully, I was able to run fast enough and scream loud enough to dissuade him from continuing to pursue me. Probably 10 or more people came out of their houses immediately to assist me, some followed the man to get a better look and called the police (I don’t carry my phone when I walk, ironically to attempt to prevent similar events like muggings), and others stayed with me until the police came. To these neighbors, thank you so much for not accepting screams for help as the usual noises of the city and for truly caring about my safety and the safety of my dog.

When a police car arrived, no sirens on, the officers did not get out of their cars and only took a brief statement about the suspect (they did not ask for my information or stay to let me file a report). I assume they wanted to get back out and pursue him, which was definitely the immediate priority, although I did feel a little as though they weren’t very concerned about me. As I mentioned, I do not know if he was apprehended. He was making such a scene at a big intersection afterwards, that I hope he attracted enough attention to be caught. He probably needed an ambulance more than a police car though.

Ultimately, I just want everyone to be aware, but also to remember that good neighbors still exist and we can all benefit from watching out for one another. Thanks!”