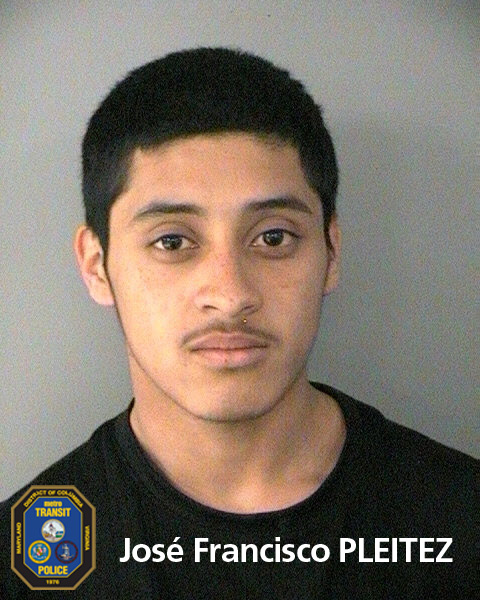 The incident occurred on the Green Line platform shortly before 11 p.m. Wednesday. The victim, an adult female, reported to police that she was walking on the platform when the suspect “passed her and then reached back and grabbed her buttocks,” according to a police report. The victim confronted the suspect with her boyfriend at which time the suspect fled on foot. The victim ran after the suspect while yelling for police assistance. Multiple MTPD officers at the station pursued the suspect on foot and ultimately apprehended him in the 500 block of C Street SW.

The arrestee is identified as Jose Francisco PLEITEZ, 18, of Lanham, Md. The victim was not physically injured and declined medical attention.

Metro Transit Police investigators believe that there may be other victims who were assaulted by Pleitez. Anyone who may have been a victim or has knowledge of other incidents is urged to contact MTPD detectives at (202) 962-2121.“