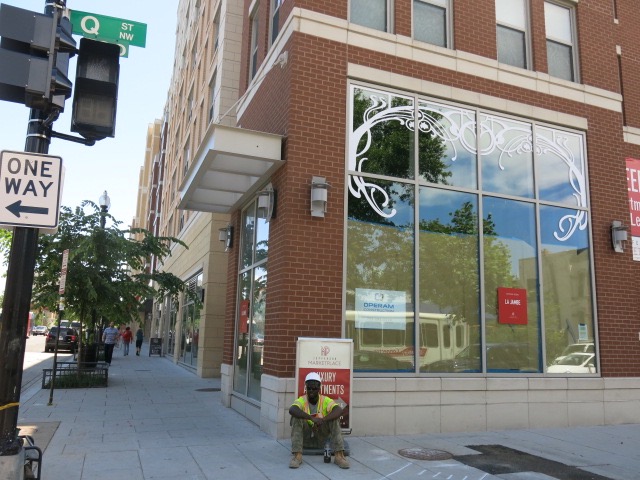 La Jambe legit. How so? In the El Solian way of “A Real Mexican Restaurant Run by Real Mexicans Cooking in the Kitchen”. The owner is French and she has created a spectacular space. Spectacular I say because of the details which you’ll see in the photos after the jump. But I can say it’s very hard to turn a totally new construction into a warm, cool, comfortable spot to hang out. Happily La Jambe has done it (and they weren’t even 100% finished when I stopped by to take some preview photos last week.) 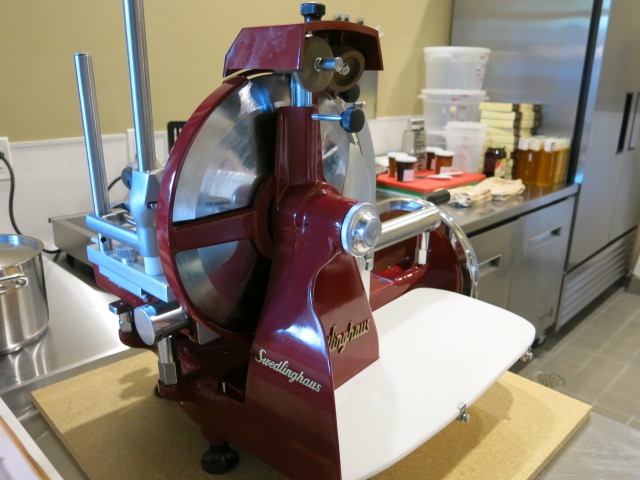 In addition to wine, you may recall, La Jambe will also feature Charcuterie & Fromagerie. I’m told for the menu you can expect:

“several “mise en bouche” starters including olives with herbes de provence, mortadella salad, and house made rillettes. We’ll be arranging several boards pairing Europe’s finest charcuterie and lots of tasty French cheese. There will also be sandwiches featuring those same charcuterie and cheeses on freshly made French baguettes, and for dessert, we’ll be doing a café/thé/vin gourmand, where your drink of choice is served with three mini-desserts.”

Standby for a 5pm opening this Thursday at 7th and Q St, NW across the street from Dacha. I haven’t been this excited about a wine bar opening since Cork kicked things off way back in the day (RIP Sparky’s) on 14th Street. 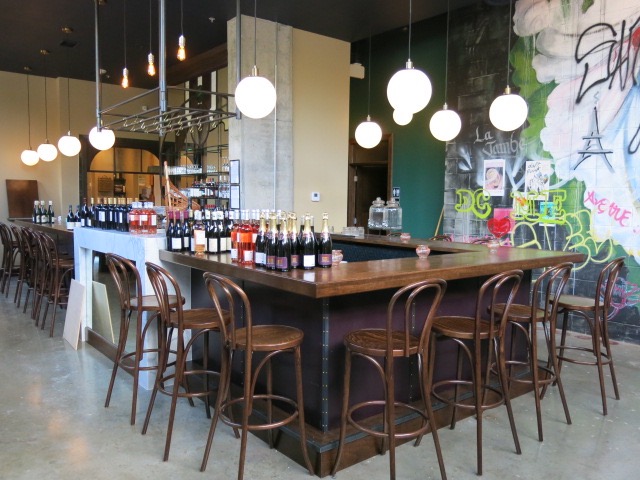 Lots more photos of the awesome details after the jump. 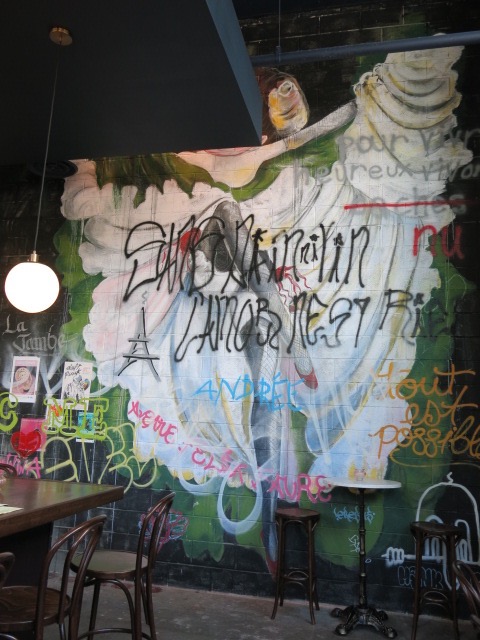 Kids from the neighborhood helped add graffiti touches to the mural 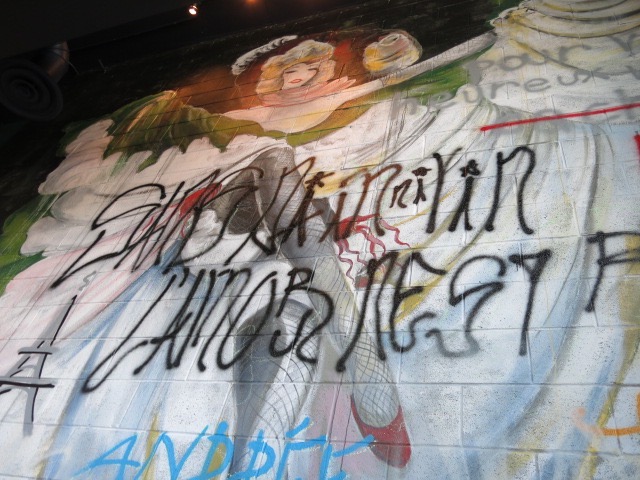 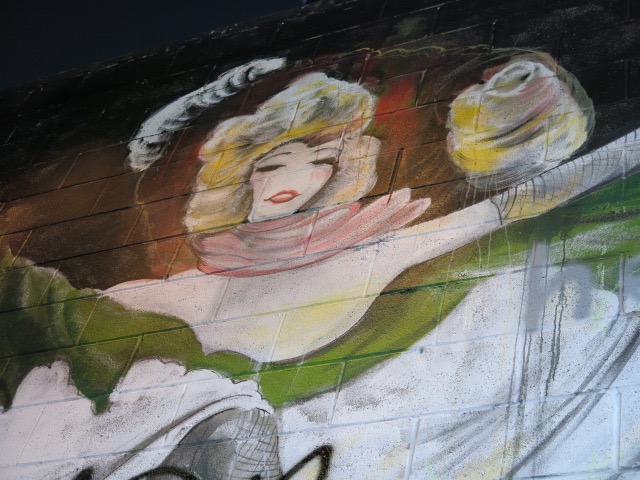 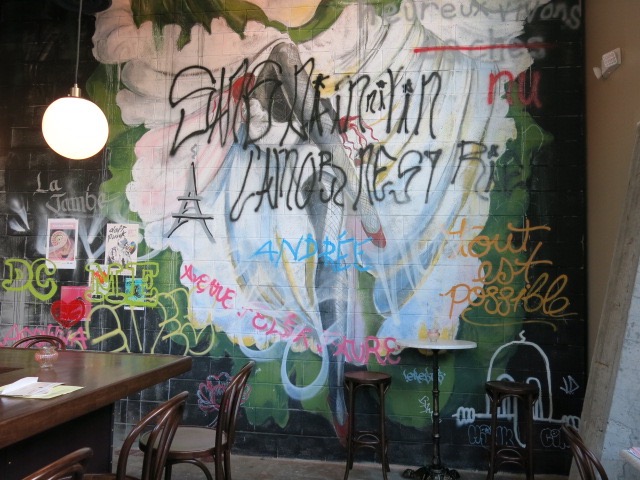 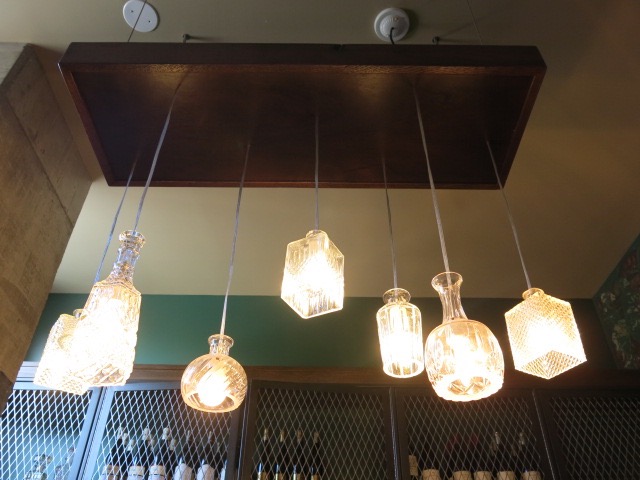 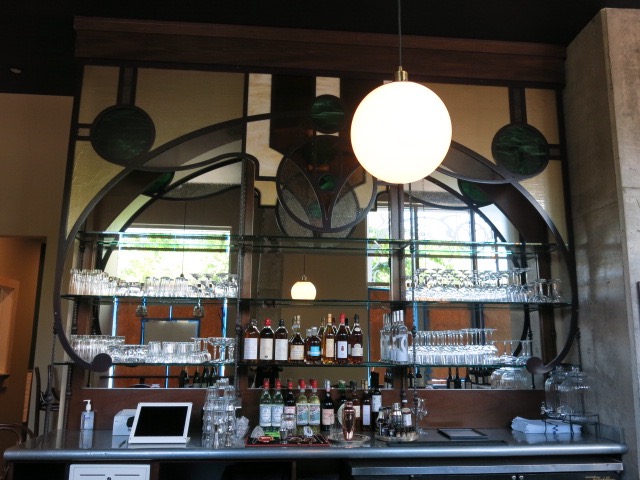 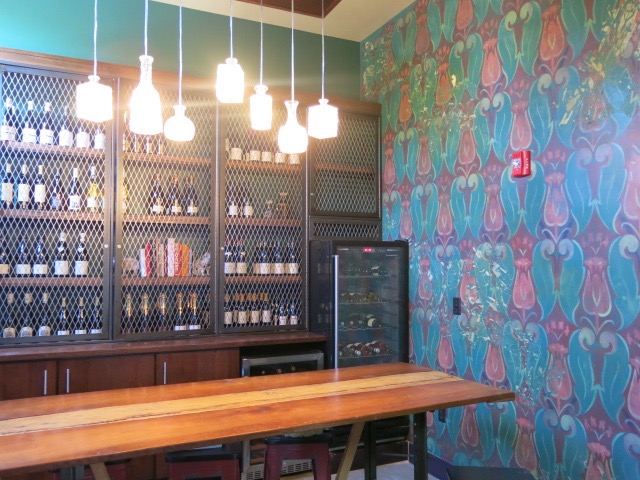 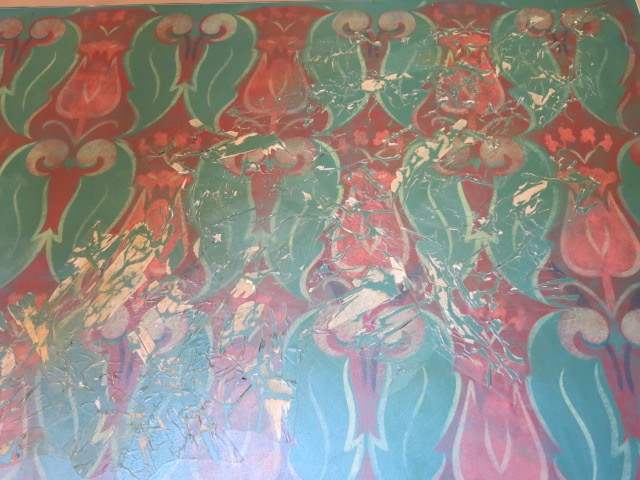 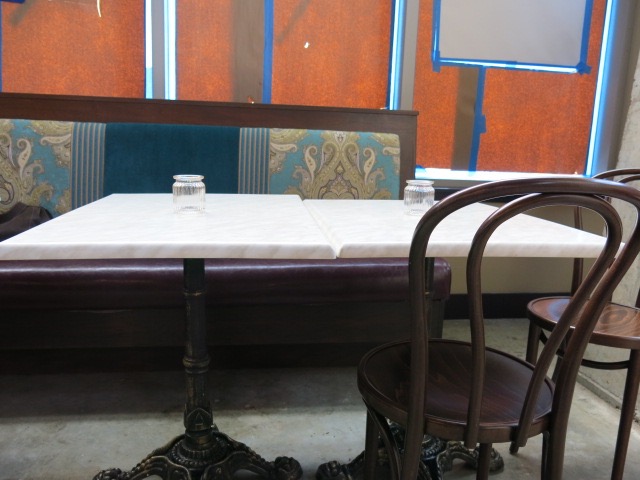 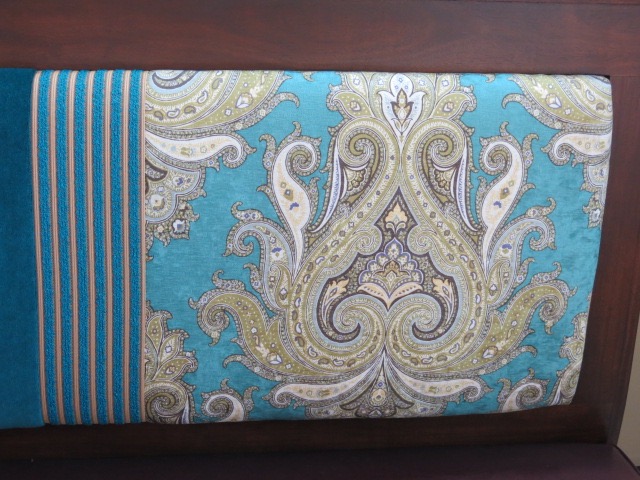 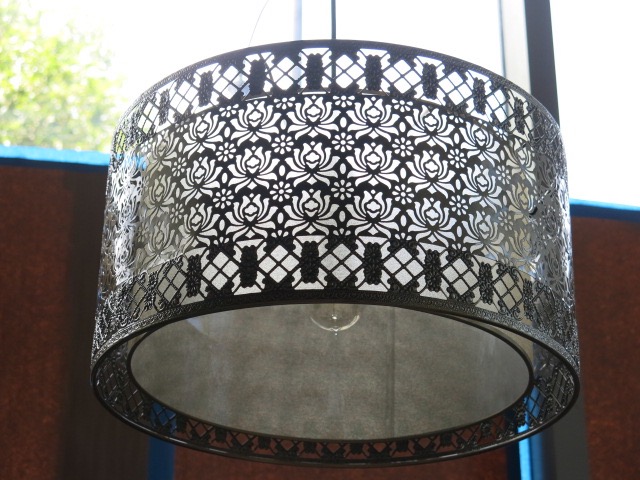 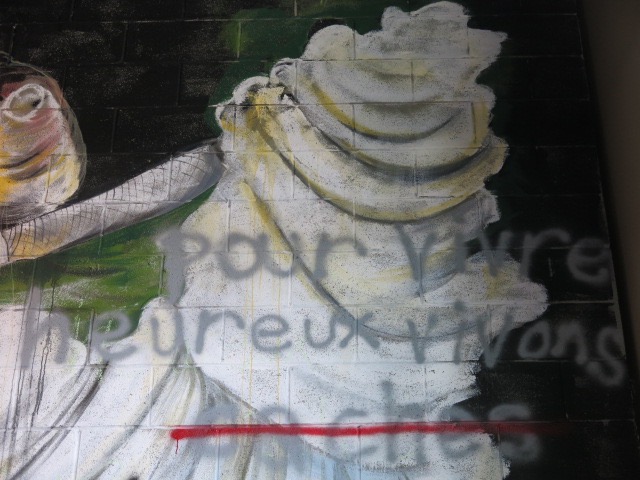 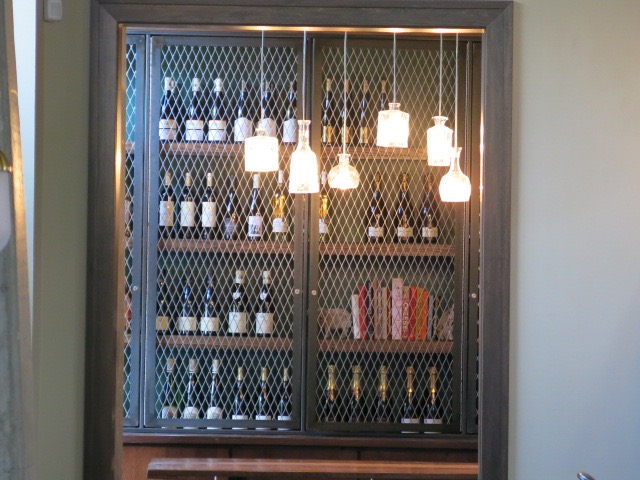 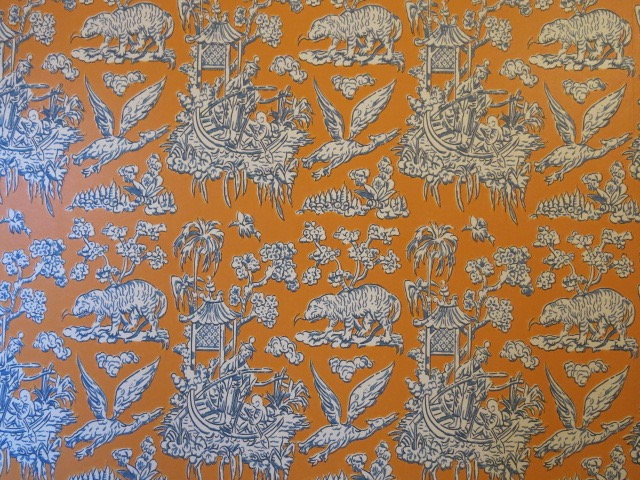 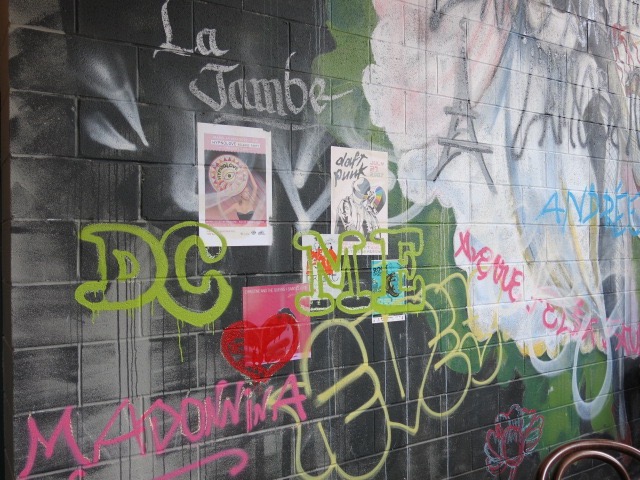 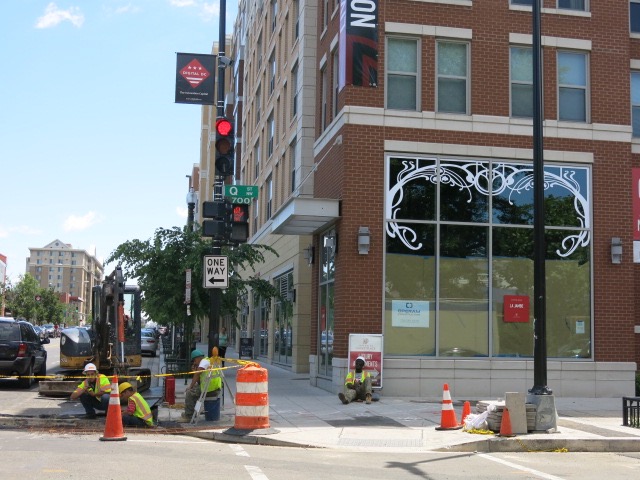