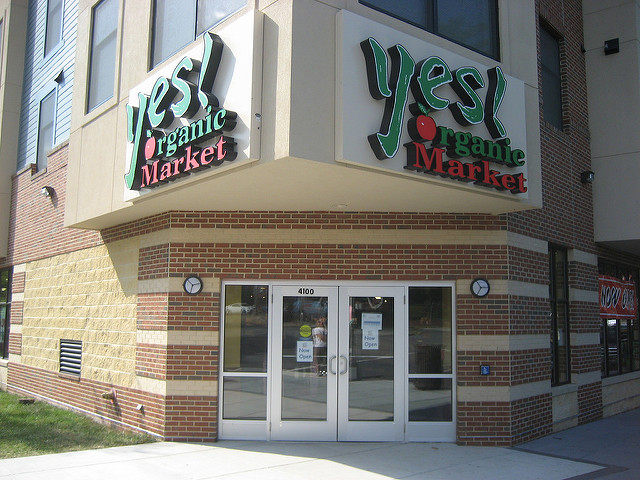 A reader and witness passed on a note she wrote to Ward 4 Councilman Todd:

“I hate to write this because I have tried to believe that the Ward 4 police are really not as bad as their reputation. I hate to have to agree with what seems to be the common view.

I was picking up milk at Yes! Organic around 10:15 today. While I was there, a guy who has stolen things from them many times (I’ve see the camera images they have) came in and the employees rushed out to catch him. When I went out to see what was going on, the very nice manager had him held down to the ground and some other employees had his legs held down. There was basically no weight being put on him and they were not causing him pain. Despite this, the man kept yelling that he was in pain.

MANY people called 911 MANY times. We were waiting for over TEN MINUTES for the police to finally arrive. When one person called, the dispatcher even said “oh is this the thing at Yes! grocery store” (completely non-interested). It was very scary as a neighbor that it would take this long for police to come, especially to an area a few blocks from the metro where we have had such violence. Was there really no one in the area?

At this point, the manager and the employees were trying to allow the guy to stand up but still keep him at the location. He bolted just as the 1 police car arrived. I was right there, so I pointed to her which way he went. She literally just idled there, waiting at the light with her turn signal on! People were yelling for her to turn on her lights and go after him. She just sat there! She finally turned (still no lights or sirens on). I did see them down the block so they must have caught her. I offered to be a non-employee witness because I was there the whole time- and wanted to make sure that they employees didn’t get charged with anything because of his outrageous claims that they were restraining him. What are citizens to do when the police don’t show? It was not like they wanted to be there with him rather than have the police handle it. The police women gave no care to the situation and was not taking it seriously.

Please follow up on this directly. Our police should be there to protect our peace. Small businesses like Yes! do so much for our community and are always welcoming and kind. They cannot stay in business if people steal from them. The police in our Ward should take these issues seriously.

Ironically, on the way home (just a few blocks away), I saw a police car just cruising down the street, the driver enjoying the day with the windows down and eating cookies. I hate to say it, but I have no faith in the police for Ward 4.”