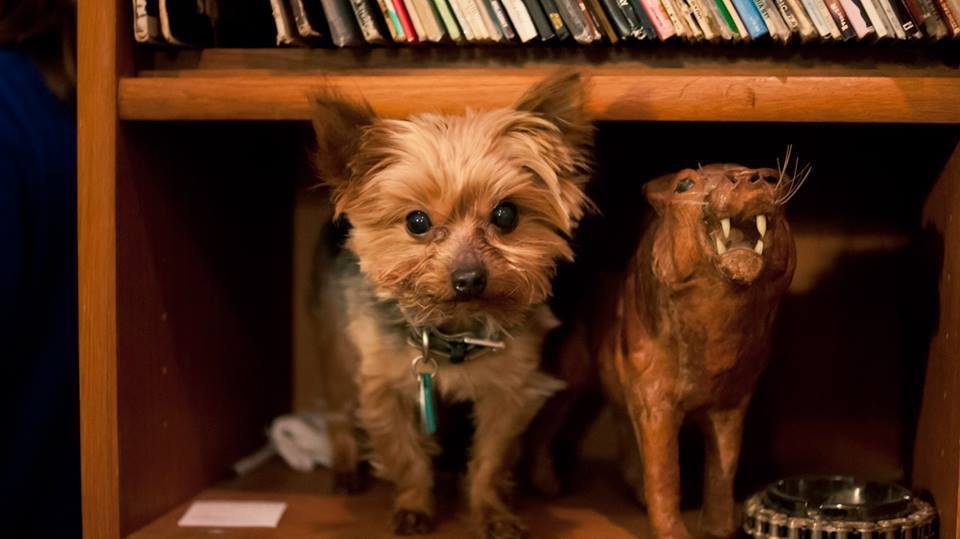 On Thursday, May 12th, we spoke to a neighbor who witnessed Lexington walking alone down the 700 block of Kenyon St NW. This would have occurred roughly 5 minutes after she escaped from our backyard. The neighbor followed Lex down the road to investigate and witnessed a woman in a car pull-up beside Lexington, exit her car, pick up Lexington, get back into her car and drive off. This occurred near the drop-off area in front of Chavez Prep. Thus, we are convinced Lex was dognapped as she had tags with our phone # and a microchip, so the woman could have called us or brought Lexington to a vet or shelter to be identified.

Later on Thursday, a certified search and rescue dog tracked Lexington’s scent in the area that the neighbor saw her abducted, though she had not been on a walk on that street for a week.

After several false alarm calls, we were called on Saturday afternoon by a resident living near Georgia Ave and Park Rd, who had witnessed a small yorkie alone in the alley behind the 700 block of Park on Friday night. The physical description and the description of the dog’s mannerisms matched Lexington. The resident himself owns a yorkie, so we trust his ability to identify the various sizes and shapes of the breed. We then had the search and rescue dog come out again on Sunday, and the dog tracked Lexington’s scent in the alleys behind the north and south side of Park Road abutted by Georgia and Sherman. She has never walked these alleys before.

We have patrolled the neighborhood until late each night since Saturday, hoping to find another trace of her. There have been no other leads up until this point.”