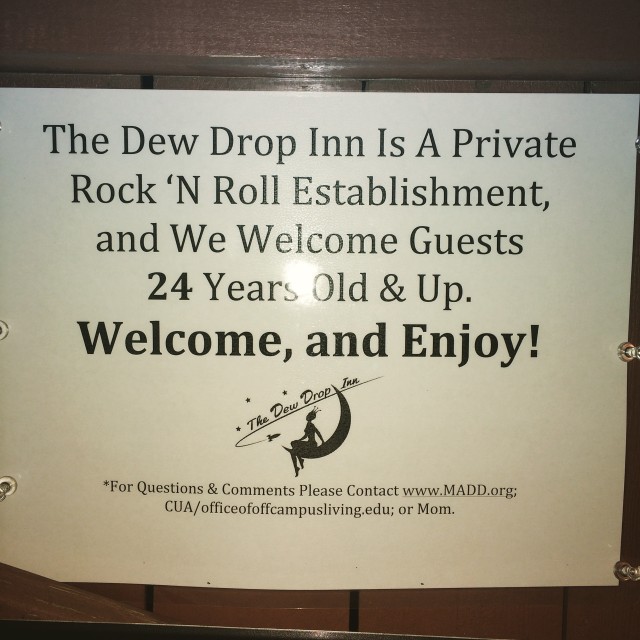 This is a bigger issue for alcohol establishments in college neighborhoods, because only about 25% of “college students” are of the legal drinking age (the Senior class); so most undergraduates are not old enough to be in bars. For this reason, being a “college bar” is not a working business model, even near college campuses.

And with high-quality printers and graphics, there is currently no fool-proof way of determining whether ID’s are fake or legitimate. ABRA (DC’s alcohol regulating agency) acknowledges that there are no scanners on the market that can 100% detect fake ID’s. Instead, security staff is supposed to be able to identify fake ID’s by knowing more than 50 state’s ever-updated ID’s, plus the US territories’, as well as foreign passports.

To further complicate the issue, when there is a breach, the Bar is penalized, not the adult with the fake ID (assuming that the person is over 18 yrs old). If an under-aged patron is found inside the bar with a high quality fake ID, then often both the Bar and the bartender are fined, while the under-aged adult with the fake ID is often simply escorted out of the establishment and sent on their way. So naturally this adds to the allure of using a fake ID – the worst that is likely to happen is that your ID gets confiscated.

So, being in a college neighborhood, Dew Drop Inn’s sign “welcoming” 24 yr olds, is our way of saying that we will be scrutinizing all of our younger patron’s ID’s very closely, and that we hope to err on the side of caution.”

more stories
Previous
“This two-day event over the Memorial Day weekend marks the first time the Arts and Industries building has been open to the public since 2004”
Next
Not Very Fruitful But Pretty Freakin’ Brazen – Robbery Hold Up Gun at 9:45am