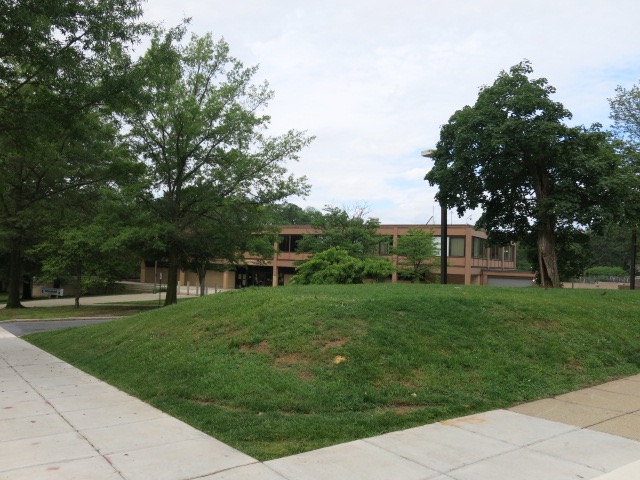 Ed. Note: A change.org petition has also been launched.

“Through the Council’s process, the location of the temporary family shelter in Ward 3 has been changed from 2619-2623 Wisconsin Avenue, NW, a privately-owned site, to a new location at 3320 Idaho Avenue, NW, a District-owned site. The Second District (2D) Police Station is also located at this site. The new location was primarily selected by the Council because it is both located on District-owned land and otherwise satisfies the criteria for the shelters originally put forth by the Mayor. Frequently suggested by residents at community meetings, this site is also close to transportation, a grocery store and a park, and has sufficient space available for the structure. This also happens to be one of the locations that I included in an earlier, publicly disclosed letter to the Executive requesting further analysis and evaluation for the suitability of a shelter. To clarify, building the temporary family homeless shelter on the Idaho Avenue lot will not intrude on the community garden located next to the property and, with the exception of re-configuring the parking lot with stacked parking, is expected to cause little disruption to the operation of the 2D Police Station.”

From the Mayor’s Office this morning:

“In response to the Council’s second vote on a plan to close the DC General Family homeless shelter, Mayor Muriel Bowser issued the following statement:

“Today marks a milestone in our shared commitment to provide homeless families clean, safe, and dignified housing—and a fair shot at a pathway to the middle class. I thank Chairman Phil Mendelson and the Council for approving a plan that will close DC General and further reform how we serve homeless families. I am also grateful to the residents and organizations that advocated tirelessly for the closure of DC General. With the debate now behind us, I look forward to working with neighbors across the District to build replacement facilities that we can all be proud of, and that reflect the best of who we are as a society.”

One resident shares his concerns:

I attended the meeting on the proposed homeless shelter at the police station. While I’ve previously expressed concerns regarding the site selection process, I went into the meeting with a generally open mind regarding the project as a whole. I left with one major conclusion that I will share with this group – they have not thought this thing through. I would describe Laura Zeilinger as someone who appeared to be a competent and well intenioned public servant, but it is clear that the process being managed by our DC government is completely off the rails. They are probably not going to do the necessary planning unless citizens of this community demand it. I think it is incumbent on the people most directly impacted by these plans to provide guidance and insight to achieve the best possible solution for this community and for the homeless people that have been so badly treated for years by our DC government.

Cheh and Mendelson spent more time planning their message – guilt the public into accepting their half baked plan – than actually planning to getting the process right. Don’t fall for it. We all care deeply about the homeless and mourn the tragedy that is DC General. As DC and Federal taxpayers, we already do our fair share to help address homelessness. If DC government want us to do more than our fair share – to accept costs and risks including the risk of the safety of our children – then they need to provide us with both the planning and the resources that are needed to get it right.

A few specific items that I believe need to be further considered are listed below:

• Site Selection: Mendelson freely admitted that there was no “rigor” in their site selection process. He said that “rigor” was needed when determining where to put, say, a fire station but not to determine where to locate a homeless shelter. I fundamentally disagree. I think citizens of DC should demand a study that looks at potential sites and scores each piece of property on criteria including cost, access to transportation and services for the homeless as well as impacts on the local community. It is unfathomable to me that an investment decision of this magnitude could be made without such a study guiding outcomes. Both Cheh and Mendelson said the primary selection criteria was that it is on city owned land because it was cheaper. Without any detail, it is hard to accept that building a new building is necessarily the cheapest outcome for the tax payers. Cheh suggested there was an existing building on Albemarle that could be repurposed. How is that more expensive?

• Safety: Both Cheh and Mendelson laughed off safety concerns last night – indicating either naivety or willful negligence, in my opinion. They are going to put 20% of DC General in McLean Gardens and expect all of the problems there to stay behind. That’s magical thinking. Citizens should demand a full study on impacts to the safety of the neighborhood and a safety plan that includes increased police officers in District 2, additional street view cameras, private security and increased resources for the District 2 police station. We can’t wish this problem away with good intentions. If we are going to do this, let’s do this right and protect our neighborhood as well as the homeless children that we are welcoming in. I reject those who claim that there will be no safety implications without providing the detailed and localized plan to back it up.

• Management: Mendelson repeatedly said that he was going to replace DC General with a number of “small and well managed” sites. Really? What assurance does anyone have that this will be any better managed than DC General? It is the same people managing it. The problems that occur at DC General have nothing to do with real estate. They have to do with bad management of real challenges. Citizens should demand a nationwide search for a competent independent manager of homeless shelter with a proven track record of managing shelters effectively.

• Size: A week ago, the plan was for 38 units. Now the plan is for 50, according to Mendelson. Apparently, they are already learning that other sites are inadequate and they are increasing the size of the proposed shelter on Idaho Avenue. If neighborhood residents don’t get involved, it very well could be another DC General by the time these guys are done. The property was not zoned for even 38 units. A full study on impacts to the neighborhood including traffic, parking, infrastructure and government services needs to be done before we can conclude that 50 units can be built on that lot.

• Services: A private citizen made an excellent point last night that I will repeat here. What is their plan to provide services to the homeless people that will be moved here? Zeilinger acknowledged that many will need drug and alcohol counseling services. They also need onsite day care services if they are effectively going to transfer from unemployment to full time jobs. Citizens should demand adequate resources for drug and alcohol counseling as well as full time daycare at the proposed site.

• Background Checks: The same people that hired a janitor that allegedly murdered a little girl want to hire more people and put them to work in our neighborhood. Citizens should demand full transparency on their hiring process with better background checks and continuous monitoring of employees. Unfortunately, the past experience of the DC Department of Human Services indicates complete failure in this regard. Citizens should demand improvement.

• Funding for Children: Mendelson and Zeilinger last night suggest that there are likely to be more than 80 children moved to the proposed site. Those students will have access to local schools including Eaton and local parks including the Newark Street Park which has been a selling point of the site location. Citizens should demand additional resources put into the schools that will be accommodating these students and the Newark Street Park. The brand new park is already starting to fall apart. We should consider rehabbing it and expanding it to welcome our new neighbors and their children.

• Commitment: I’m not originally from DC. I’m from Chicago. In Chicago, we had (and still have) some of the most notorious housing projects in the world. It’s a human tragedy on every level. But it didn’t start out that way – it started off with well-meaning city officials like Mrs. Zeilinger proposing to help people by building new buildings. Local governments like construction projects. It adds patronage jobs and enriches their coffers with campaign contributions from eager construction companies. Local governments are bad at providing funding and oversight of long term operations. That’s what happened in Chicago. Funding declined. The communities that welcomed the housing projects declined. The people that were supposed to be helped suffered. We can’t let that happen to our community. Citizens should demand a funding commitment for services, security and operations of at least ten years so that we know we will not end up with a declining, overcrowded, underfunded mini-DC General in our neighborhood a few years from now.

Over the coming months, I would like to work directly with like-minded individuals to implement the positive solutions I have set forth above. Please do not let yourself be shamed or bullied into not getting involved. I know most – if not all – of you have the best intentions in mind. I have never been active in local government or development before so I welcome the input of folks with a detailed knowledge of the zoning and improvement process as well as local political dynamics. I’m confident we can work together to achieve a better outcome – not just for our community, but for the homeless people that need our help the most. Please reach out to me and I am happy to be of as much assistance to you as I can be. Sincerely,
Chris Tynan 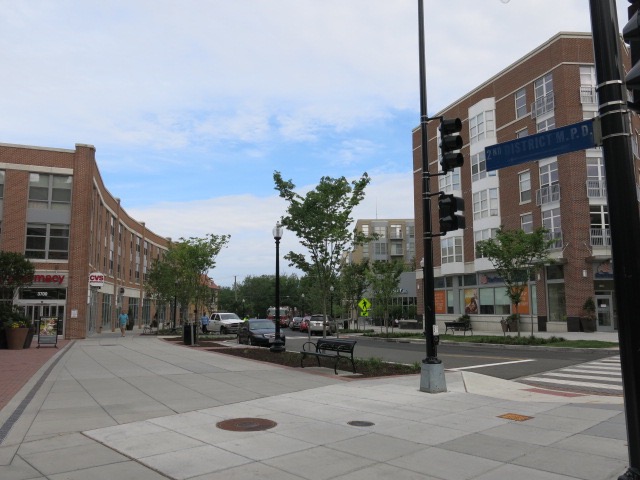