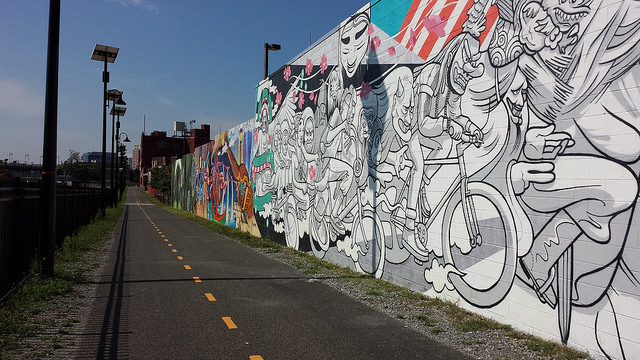 Not sending this to start another conversation about safety on the MBT, a trail I use almost everyday, but to ask you/readers to keep an eye out for a woman on a motorbike in the area — or on the trail itself.

Yesterday, while riding home on the trail from work, this woman entered the trail at NOMA. I let her know that it was a bike and pedestrian trail only (even though it’s clearly marked, some think it’s an access road), but she kept going. I decided to call 911 – clearly on a nice day, or any day for that matter, with runners, children, and dogs, a trail is no place for a motorbike. I was on with 911 for a few minutes until I saw that bicycle cop on the trail had stopped her at S Street NE, so I hung up thinking the cop was handling the situation.

She must have recognized me or overheard my conversation, because the moment I passed by, she sped off and headed west off 4th. Moments later I heard the bike’s engine come up behind me while I was riding north on 4th in the bike lane. As she passed by me, within inches of my bike, she slapped/sucker punched me across the left side of my jaw (there were two witnesses to this — one was a lovely woman who turned her car around to make sure I was okay). Shaken, I rode back to find the police officer on the trail and filed a report. He indicated that she was arguing with him about who could use the trail — she suggested that she could because people were also pushing baby strollers. 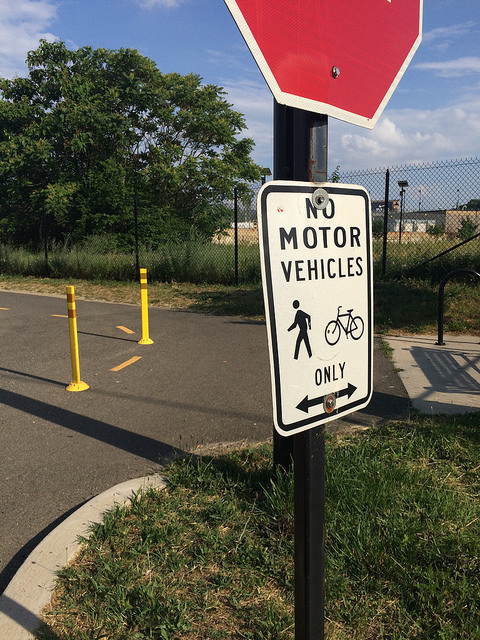 I’m asking you all to keep any eye out for her, but unfortunately I don’t have a good description of her. African American woman. Small (not quite a Vespa, but not a motorcycle either), black bike, red/reddish orange helmet, sunglasses. The back of the bike was also rigged with a square storage system. If you see anyone matching that description, I would appreciate you letting the police know.”

More Stories
“I’m wondering whether you know anything about the funny little building?”Today’s Rental has a “Large living room with beautifully exposed brick walls”