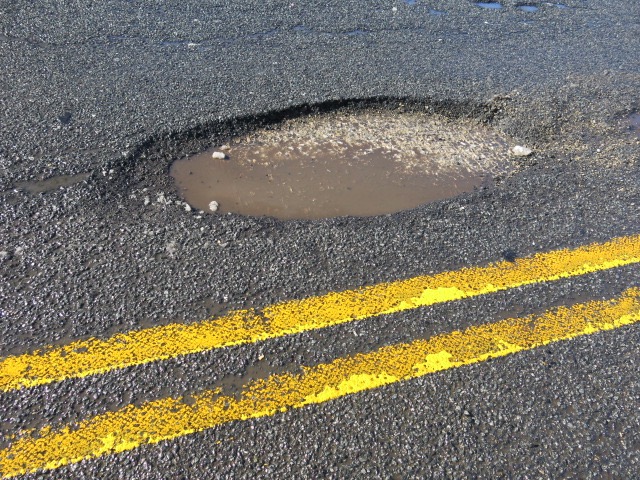 “The District Department of Transportation (DDOT) filled more than 16,500 potholes during the 8th Annual Potholepalooza campaign, which ended May 13, 2016. Launched April 1 by Mayor Muriel Bowser, Potholepalooza expedited roadway repairs reported by District residents and commuters from the normal 72 hours to 48 hours.

During the six-week campaign, DDOT received more than 2,000 service requests for pothole repairs. Crews successfully repaired more than 85 percent of the reported potholes within the 48-hour time frame. In the current fiscal year, DDOT has filled more than 52,000 potholes citywide.

Residents and commuters are encouraged to continue reporting potholes by contacting the Mayor’s Call Center at 311 in any of the following ways—calling 311, visiting online at 311.dc.gov, or by using the DC311 smartphone application.”