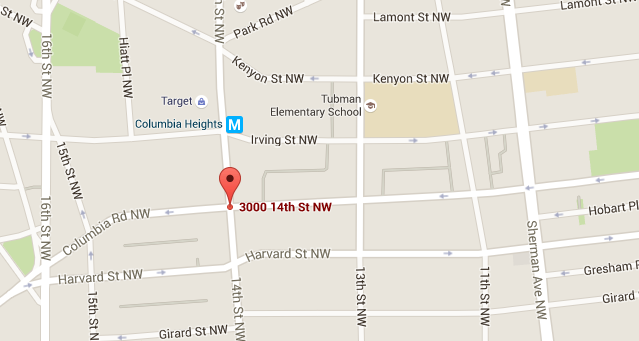 “Detectives from the Metropolitan Police Department’s Third District have announced an arrest has been made in an Assault with a Dangerous Weapon (Gun) offense, which occurred in the 3000 block of 14th Street, Northwest, on Thursday, May 26, 2016, at approximately 11:15 pm.

At the listed location, members of the Third District responded to a call for a shooting. Upon arrival, they located a female victim suffering from a gunshot wound. The victim was transported to a local hospital, where she is listed in critical, but stable condition.

On Friday, May 27, 2016, 25-year-old Kevin Andrade, of Southeast, DC, was arrested and charged with Assault with a Dangerous Weapon (Gun), related to domestic violence.”

“14th btw Columbia Rd and Irving (by the CVS) blocked by @DCPoliceDept. Person on the ground in bike path.”

more stories
Previous
Friday Question of the Day – What’s on your Summer Reading List?
Next
Random Reader Rant and/or Revel