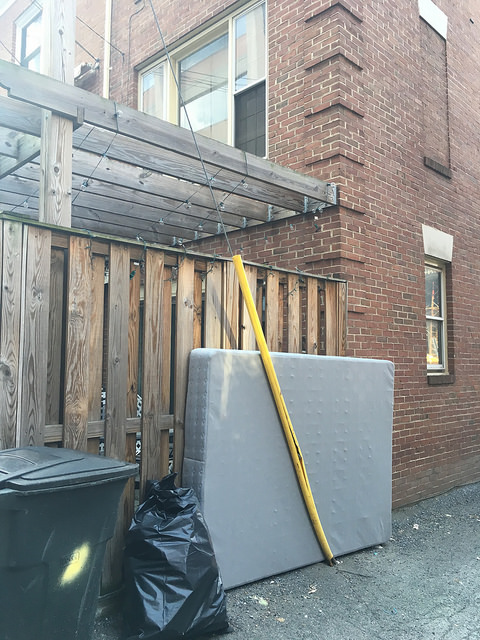 We are located in a West End townhouse and share an alley with several other houses and apartment buildings. For the past year we have had massive issues with folks dumping their trash and unbroken down boxes in our bins. It’s come to the point where I’ve taken the addresses off the boxes and complained to their apartment buildings but most of the time it appears to be people who have moved out already.

Things hit a new low when someone left a BOX SPRING leaned up against our patio two weeks ago. Who does that? We have contacted the city, apparently someone came to inspect it but said it was no longer there and closed the case, even though we included thorough directions and a photo. We know the trash collectors won’t take it. It’s coming to the point where we may have to hire a junk removal service to pick it up but it would kill me to have to pay to remove someone else’s junk.

Has anyone dealt with this problem? It’s turning me into an insane person.”

more stories
Previous
“How to get a 202 phone number for apartment callbox?”
Next
Today’s Rental has “all the bells and whistles”