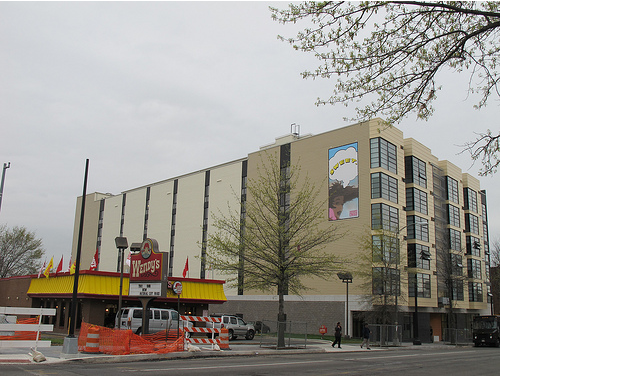 I currently have $500 worth of tickets from dining in at the Petworth Wendy’s and want to make sure it does not happen to anyone else. I was ticketed twice while eating there for $250 each. The first ticket I never even received, I only saw it online, so I do not have my receipt. The second time though, I came out after dining in and had a ticket on my car. Luckily, I had a receipt and saved it. It showed that I had gotten food less than 30 minutes before I was ticketed. I did not think to speak to the manager that day because I did not realize there was anything they could do once the ticket was issued and I had to get to class. I just saved the receipt and thought it would be easy to fight through DC adjudication services. I was wrong.

I took both my ticket and the receipt to fight the ticket in person. I was told that even though I had the receipt, Wendy’s was technically private property and so I need a letter from the Wendy’s manager stating I was allowed to be on the property at that time. I was frustrated but thought, “Ok, I have the receipt. Simple enough.” Later that day, I went to see the Wendy’s manager. I thought this would be a simple process but she was actually quite curt with me. She first asked to see my receipt but then refused to look at it. She wouldn’t even look at the ticket to check the information. She insisted that they always announce in the lobby when they are about to ticket cars. I said, “Well, I don’t know. Maybe I was in the restroom or something. I just know I was here.” She then insisted they check the restrooms too but only after I mentioned it. The truth is, this has been over a month. I may have had headphones in, I may have been in the restroom, they may have not followed exact procedure that day and refuse to admit it, I have no idea. All I know is that I dined in and came out to a $250 ticket on my car. Needless to say, the manager refused to write me the letter.

Well, I knew I was right and refused to give up so I contacted the Davco regional office in Maryland. I got a response immediately and was hoping they could write me a letter that would override the manager’s refusal to do so. At first, they were very helpful but then after she checked with her supervisor, I was told they actually do not write letters. She admitted this has been a problem before but told me that they cannot write one because they cannot override the officer’s decision. I tried to tell her that the DC court judge told me that all I needed was a letter from Wendy’s but they continued to tell me their hands were tied. Saying they could not override the manager’s decision would have been one thing but saying they could not override the cop’s decision after the DC court said they can was obviously them just passing the buck.

I am so frustrated. I dined in twice and now have to pay $500 in tickets. On top of that, I am zoned to park in that neighborhood, so I could have easily parked on the street. I can maybe see paying the first one because even though I did not receive it, I don’t have proof I ate there. But the fact that they refuse to help with the second one is insane. I have been going through a rat race of being kicked back and forth. No one wants to deal with it and no one wants to admit they were wrong and now I owe a lot of money for no reason.

So a word to the wise, if you want to eat at Wendy’s, park on the street for under two hours or the one-hour parking right outside. If you do park in the lot and happen to get a ticket, go back and speak with the manager immediately. I cannot say that will turn out differently but I wish I would have tried that day. This is a very long and impossible process and in the end, the customer still loses. I would hate for anyone else to have to deal with this in the future. Thank you!”