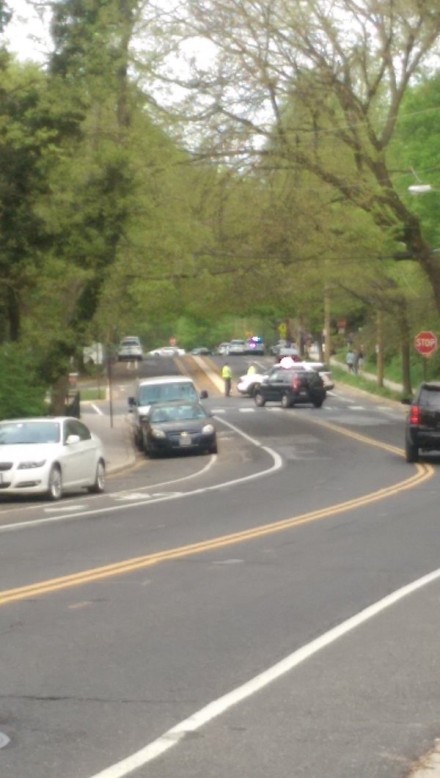 Jamie tweets us the scene just after 8am:

“Homicide investigation continues in 4000 b/o Tunlaw Rd. Appears to be domestic in nature and POI has been detained”

“Detectives from the Metropolitan Police Department’s Homicide Branch are investigating a fatal stabbing that occurred in the 4000 block of Tunlaw Road, Northwest on Friday, April 22, 2016.

At approximately 6:09 am, members of the Second District responded to calls for a suspicious package. While on the scene, members responded to the reporting person’s apartment where they located an adult female, unconscious and suffering from apparent stab wounds. The victim was transported to an area hospital where all lifesaving efforts failed and was pronounced.

The decedent has not been identified at this time as it is still pending notification of next-of-kin.

On Friday, April 22, 2016, members of the Homicide Branch arrested 59-year-old Charles Elvis Sykes of Northwest, DC. He is being charged with Second Degree Murder while Armed.”