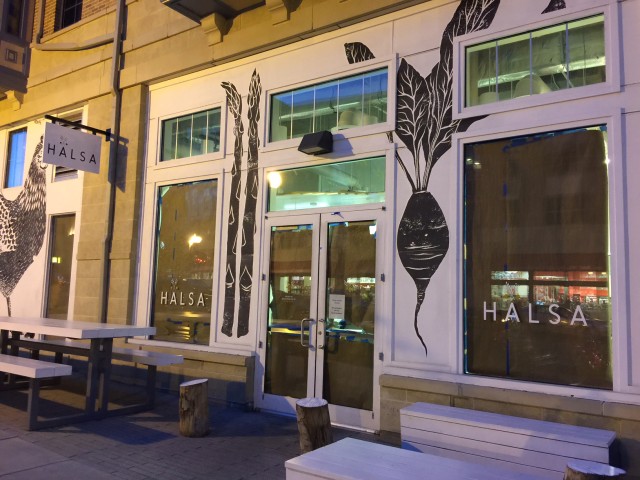 “Looks like Hälsa in Brookland has closed without any reason. Sign says “Closed. Sorry for any inconvenience.” Windows are all covered and inside looks like the kitchen is all disassembled. Hopefully they are just having equipment issues.”

A few weeks ago I got some scuttlebutt that Halsa was likely closing but I was hoping it was wrong. Interestingly, perhaps, at that same time I was told that a new Starbucks was coming to Brookland somewhere in this new development. Updates when we learn more on both fronts. Halsa, who billed themselves as “Healthy Fast Food” opened up only in January 2015. In addition to the healthy food, they also were known for their phenomenal murals. Hoping they can make a comeback.