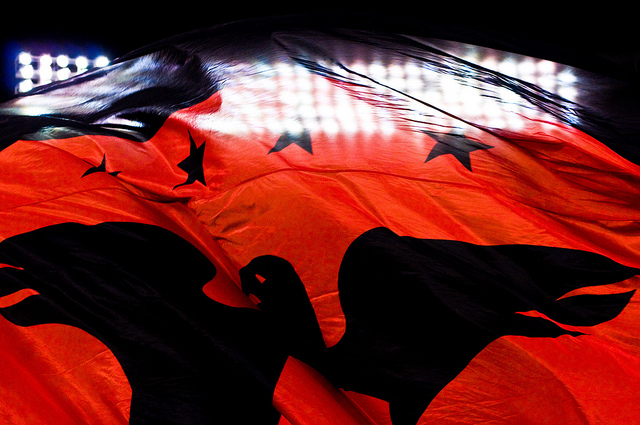 “Today, Mayor Muriel Bowser was joined by D.C. United, Ward 6 Councilmember Charles Allen, the Deputy Mayor for Planning and Economic Development, the Director of the Department of General Services and other District officials for an infrastructure groundbreaking in preparation for the new soccer stadium at Buzzard Point, in Ward 6.

“Buzzard Point’s future is bright, and this soccer stadium will make it that much brighter,” said Mayor Bowser. “Today’s demolition represents the first step toward revitalizing an overlooked area of the District that will spur economic activity on the banks of the Anacostia, hire residents for good paying jobs, and give more Washingtonians a fair shot. We are proud of our hometown soccer team, and we are now one step closer to having a new home for D.C. United.”

The $300 million state-of-the-art facility is a public-private partnership that will create nearly 900 job opportunities for District residents, and strengthen the city’s commitment to community and fan engagement. Training, apprenticeships, and workforce development opportunities will be provided to connect neighborhood residents to jobs stemming from this project.

“This building signifies the next step in our club’s evolution, yet will continue to represent our core values as we become a catalyst in the economic development of this southwest waterfront district,” said Jason Levien, United managing partner. “This stadium, previously only a dream, is now a tangible marker of our progress. Very soon we will hear the opening whistle for the first time, right here.”

The 20,000-seat stadium, set to be completed in sping 2018, is expected to attract one million annual new visitors per year, and spur over $1.6 billion in total economic activity.

In December 2014, as Mayor-Elect, Mayor Bowser delinked the Frank R. Reeves Center from the D.C. United Stadium deal in order to protect the interests of District residents. In March 2015, Mayor Bowser joined Local 25 Union and D.C. United to sign a Labor Peace Agreement that will create middle-class hospitality jobs and expand the positive impact of the District’s investment in the stadium. And in September 2015, the District filed for eminent domain to acquire site control at Buzzard Point in preparation for construction of the new stadium.”

Read more →
More Stories
“I’m curious if this has happened to anyone else in Columbia Heights or if I’m just lucky.”Photos from PoPville – Bunny and Bulldog