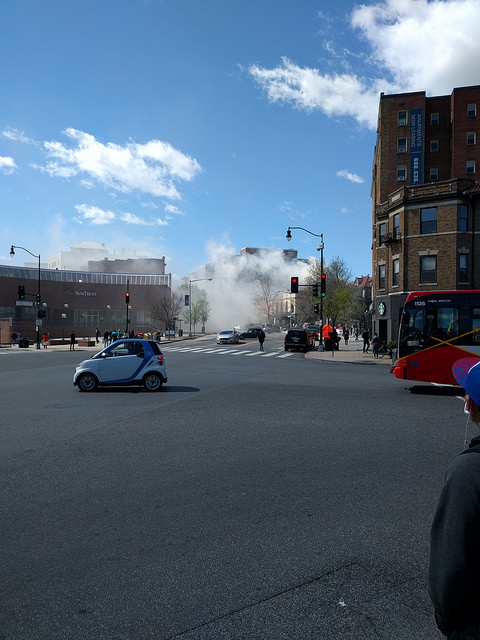 “Heres a photo of the smoke coming out of the roof of Perry’s/mintwood right after the fire started, before fire department/police response.” 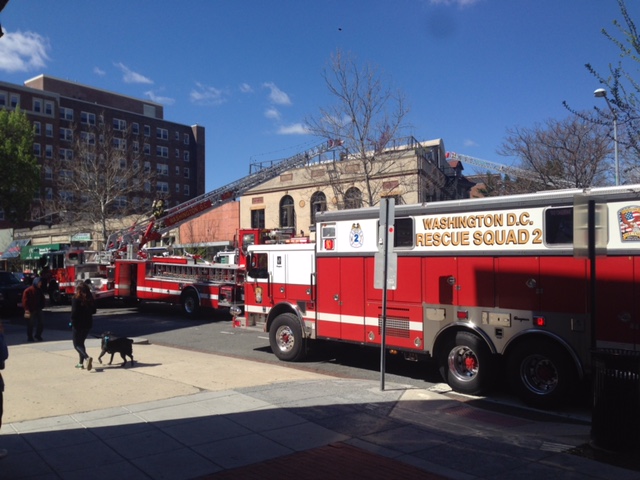 “It’s a major fire. Smoke was just pouring out. All the streets were hazy. Looked like all the kitchen staff stayed up there trying to put it out. They finally had to run out.” 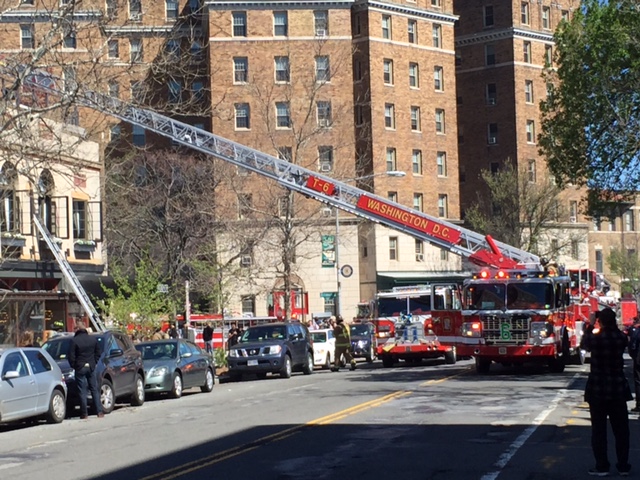 “Perry’s is apparently on fire again, and this time I definitely see/smell smoke and hear the fire alarms going off inside. At least 6 trucks with more arriving. Seems to be under control though.

Update, firefighters are going in and out of Mintwood, too, and smoke is coming out of the doors there. Looked like they were getting hoses ready. This seems to be a bigger deal than the last incident, but no visible flames.

Columbia Rd is blocked off at Mintwood up to 18th, and the end of Biltmore at Columbia is blocked with parked fire trucks. The 42 bus is offloading at Belmont and just stopping for now.” 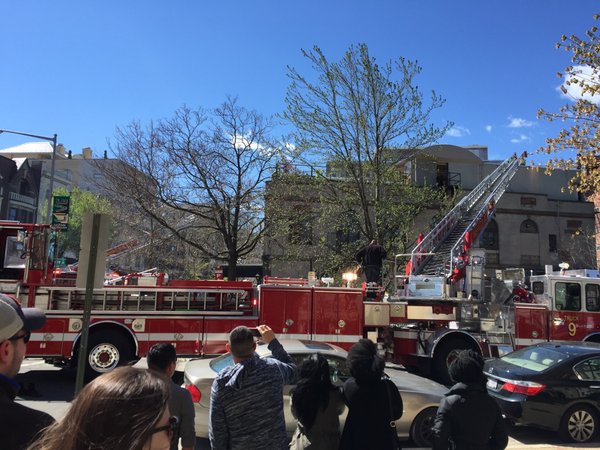 “two ladders up to roof”

“FEMS responded to a fire at Mintwood Place and Perrys this morning at approximately 11:00am. The fire did not spread beyond the building, but we spoke with John and Sayid and, as of right now, they are anticipating keeping the restaurants closed for a couple days.

We will work with FEMS, the businesses affected and the Adams Morgan Community as we respond together to this incident.”