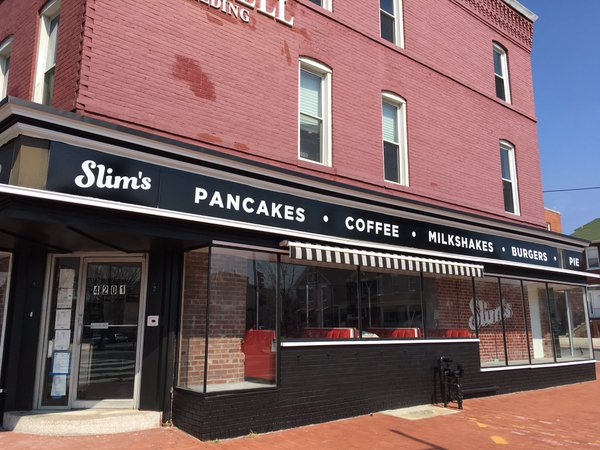 Get your tickets here:

Spring is in the air, and it’s time for an adventure at the dinner table. I’m Trey Graham, a D.C.-based culture critic, inviting you to join me for an evening of Southern hospitality and stimulating conversation with noted foodways blogger Michael Twitty — aka The Antebellum Chef.

Michael and I — and you! — will eat and drink and talk about what’s on our table. We’ll share stories about the traditions of Southern cooking, the people and communities who created and preserved them, and the inescapable questions of ownership and authenticity that arise when those traditions collide with market-driven trends among today’s foodies.

I’ll be your conversational sherpa, while Michael will make the meal and anchor the evening, explaining how the plates in front of us are informed by the community traditions he’s researched in his forthcoming memoir The Cooking Gene. To highlight the connection between food culture and community, we’ll be donating 10% of ticket proceeds to City Blossom, a DC non-profit dedicated to creating kid-centric green spaces around the city.

A groaning board? You know it! We’re cooking dinner Southern style, with three courses of traditional goodness.

Beverage pairings? Of course. The evening is brought to you by the spirits specialists behind the Petworth Citizen and Room 11, so we’ve got plans for what goes in your glass. And it’s all covered in your ticket price!

Bonus: Special appearance by South Carolina-born, D.C.-based performer Sheldon Scott, who’ll share a food-centric story from his own artistic interrogation of his Gullah-Geechee heritage — a major thread among the skein of foodways Michael Twitty studies and advocates for.

You’ll come away full of first-class comfort food and buzzing from a conversation that could only happen among people who care passionately about not just what’s on the table, but how it got there and who we have to thank. Join me for an unforgettable evening with The Antebellum Chef!

more stories
Previous
If you see some Giant Horses Around Town this Week…
Next
Good News: “Perry’s will be open this evening and we hope to open Mintwood Place tomorrow.”