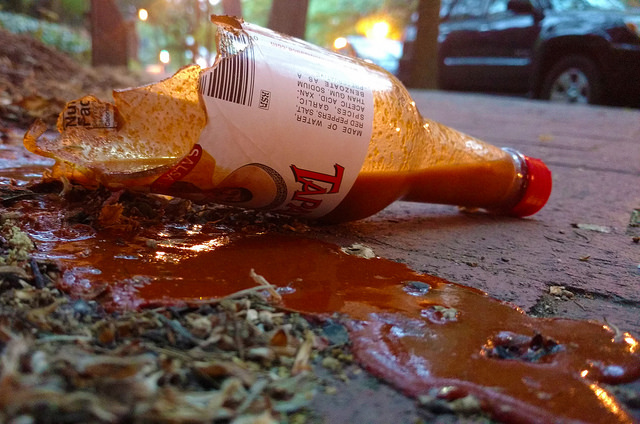 Trying to find out what my rights are as the tenant and what my landlord could do on his side.

Basically, I sent my 30 days notice to the property manager, which he acknowledged. He asked me to tell him when he could do the move-out inspection and I emailed asking if it had to be a weekday or could be a weekend and also asking that they give me notice before showing the apartment since I have a dog (even offered to help show it so the owner didn’t have to come down from NY). No response. I email a week later asking again and offering a few dates that work. Still no response. I finally email again on the 7th of the new month asking when they can do it so i can get my deposit back and they schedule for the next morning.

Fast forward EXACTLY 45 days to last friday (when they need to return the deposit by law) and I get an email saying that because I didn’t “turn in my keys” until the 8th, they’re keeping a week of rent.

Now, I probably should have attempted again to schedule the inspection before the first but I did make two attempts to schedule with no response from them. When I mentioned this, the property manager said he understood my frustration but that I had not tried to contact anyone else at his company, so I was out of luck. He is my only point of contact and I only knew his information because after trying to email our original manager and the email bounced back; and a call to the office revealed that he had left the company and no one had told us who our new manager was.

So I reach out to the owner and it turns out that they didn’t tell him that we were moving out until the 8th when they did the inspection! He lost a month’s rent (maybe more?) because he thought I would notify him directly and the manager didn’t say anything to him. So now, not only is there financial loss, but I’ve lost the great relationship I’d built with my landlord and can never use him as a reference.

It gets even more shady though – making small talk with the manager when he came to do the inspection, I asked if the landlord had decided to redo the floors and not rent it out right away (and hence why they hadn’t shown the apartment at all during the last month). He replied that he thought the owner was still “deciding what to do with the property” but that he was “sad to hear we were leaving”. So he made it sound to me like he had already talked to him and told him we were leaving.

Finally, I got a letter from them today postmarked the 23rd with the “itemization of security deposit” forms, the box checked to indicate the check was enclosed – with no check. So they’ve now blown past the 45 day requirement to give me my money back.

Are they super shady or just super incompetent? Do I/my landlord have any legal recourse against them for the money? Do I take the loss and try and salvage the relationship with my former landlord?”