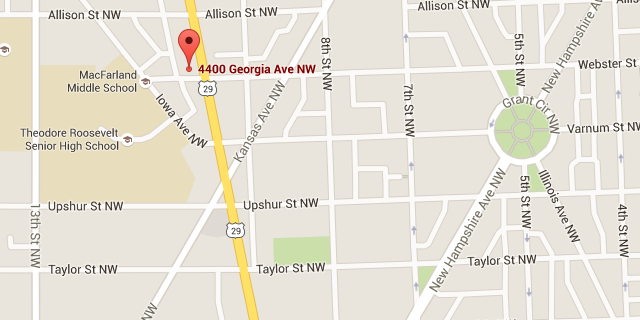 “Detectives from the Metropolitan Police Department’s Fourth District have announced arrests have been made in an Assault with a Dangerous Weapon offense that occurred in the 4400 block of Georgia Avenue, Northwest on Tuesday, April 26, 2016.

Members of the Fourth District responded to a call for the report of a stabbing. At approximately 9:02 am, two subjects approached a juvenile male who was exiting a bus near Georgia Avenue and Webster Avenue, NW. The victim attempted to run away after the subjects threatened him. The victim was tripped by the subjects, then stabbed with a knife; both suspects then fled the scene on foot. The victim sustained non-life threatening injuries.

On Tuesday, April 26, 2016, 19-year-old Deangelo McCombs, of Southeast DC, and 19-year-old Malik Dominique Lambert, of Northwest, DC, were arrested and are being charged with Assault with a Dangerous Weapon.”

more stories
Previous
“free student loan workshop tomorrow afternoon”
Next
Where is this House of the Day?