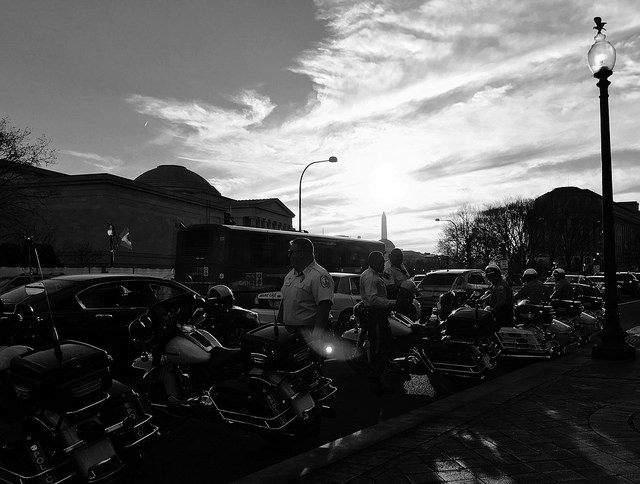 I am a property manager and I manage a number of small condominiums all over the city including Georgetown, Anacostia, Columbia Heights, Eastern Market, etc.

On Tuesday night, 3/8/16, a resident/owner at one of my buildings in Anacostia – who we’ll call Paul – arrived home around 10:30pm to an apartment that had been robbed. While we are not entirely sure the order of events, based on what we know, the perpetrators most likely entered through his bedroom window and proceeded to steal his computer, TV, and PlayStation. It was most likely a group of kids, one of whom broke through the window, walked through the apartment, and let his/her accomplices in through the front door.

When the police arrived on site on the night of 3/8/16, as Paul explained to the police what happened, the police accused Paul of “staging” the break-in, asking Paul if there was “anything else he was leaving out of the story.”

When Paul – a member of our condo Board who happens to be black – and I were discussing this incident as we were reviewing camera footage the following afternoon, we did not explicitly discuss race being a factor in the way he was treated by the police, but I’m quite sure it was. I live in Columbia Heights with my girlfriend and we both happen to be white. If our apartment was ever broken into, I can’t imagine the police accusing us of “staging” a break-in. Yet, when Paul told me this story, he spoke as if this treatment was the norm.

What will it take to get our law enforcement to treat all victims of a crime with the same respect?”