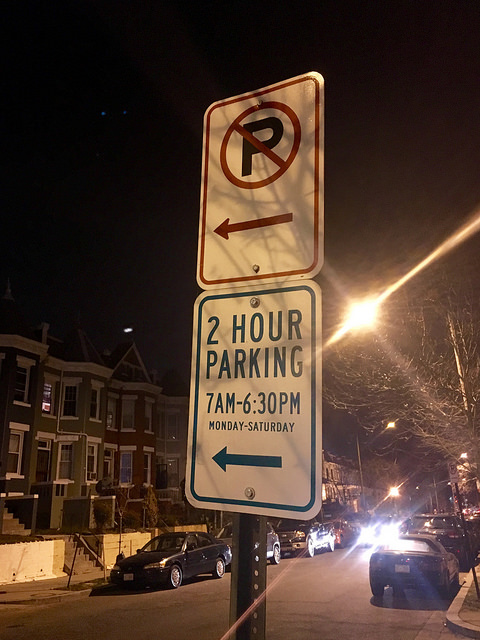 One of my neighbors has been consistently using my address to advertise stolen electronics on Craiglist. As a result, I’ve had strangers showing up at my house asking about the the phone/iPad/etc. that I’m selling. Each time my neighbor across the alley comes out of the basement and calls the buyer over. Usually the buyers are so sketched out that they leave immediately. Recently, the same neighbor has started using my address to order prostitutes who show up at my door at midnight with some big guys in idling SUVs.

So far I’ve unsuccessfully tried to deal with this problem by:

1) Speaking to the neighbor directly. The first time he lied and said he wasn’t using my address. The next time we had the buyer show us the text message and Craigslist ad and confronted the neighbor with both. He again tried to deny it and then relented and promised not to do it again.

2) Contacting Craigslist. Apparently Craigslist can remove the ads if I can find them, but if they are taken down before I get screenshots or interaction number Craigslist claims there is nothing more it can do.

3) Calling the police.They were very responsive and sent officers each time I called. They also set up an observation point in my house and eventually arrested my neighbor. He was out a week later.

4) Contacting the landlord who owns the house. She claims to have kicked him out (the house was rented to his mother and he wasn’t supposed to be living there anyway). However, a few weeks later he was back and clearly living in the home. Now she says there is nothing she can do unless she has proof of illegal activity. I put her in contact with the MPD officers who investigated and arrested her tenant. She claims that is not enough to terminate the lease. She keeps saying she has spoken to the tenant about moving out, but nothing seems to come of it. The landlord hasn’t come to the property in the last 5 years and has always rented to truly terrible people (a rotating door of tenants with constant issues – drugs, domestic violence incidents, child protective services calls, etc). Other neighbors who’ve lived in the area longer told me I was wasting my time trying to work with her – they have tried before and never gotten any results.

5) Reporting an illegal rental to DCRA. The landlord seems to have all the necessary permits for the house rental and the adult son is magically not there when the house gets inspected.

I’m already getting a Cease & Desist letter for harassment sent to both the tenant and the landlord, but any advice from folks who have successfully dealt with something like this would be very much appreciated. Thanks!”

Read more →
More Stories
Toddler Training in Petworth is Out of ControlBoatload of Restaurants, including Spanish Seafood from Fiola Folks, coming to The Wharf