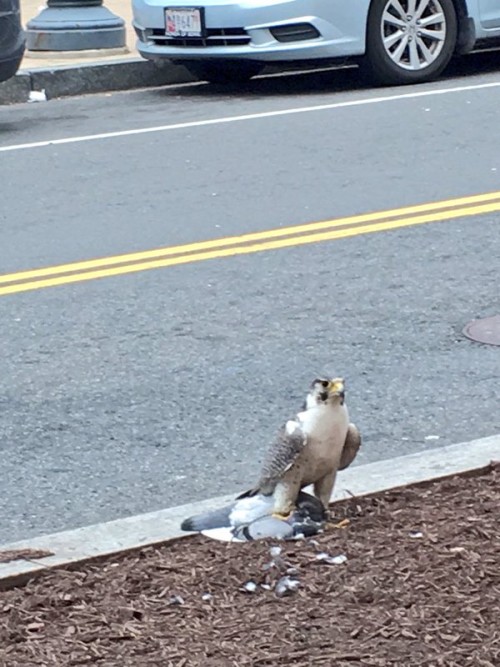 Been a while since we had an awesome falcon sighting. The destruction is epic. Video from Saturday is not for the squeamish:

There's a beautiful hawk having brunch in front of the Columbia Heights Giant. @PoPville pic.twitter.com/n5jU2uCvv6 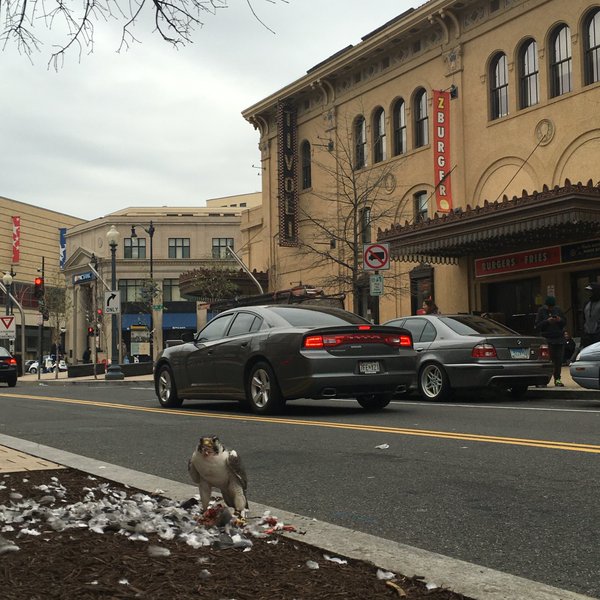