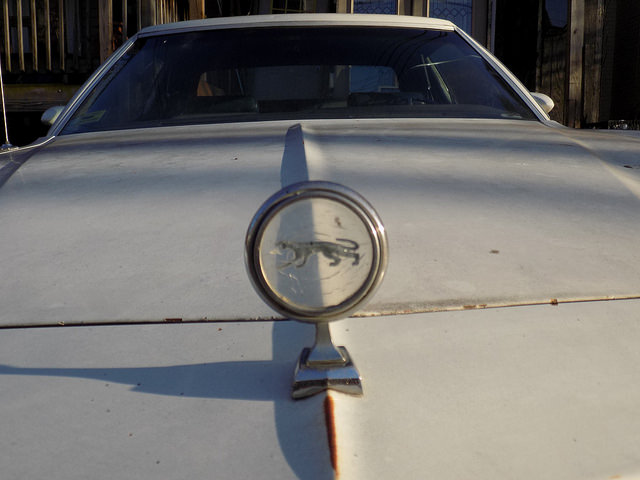 I’m writing to let you know about a strange incident involving MPD that happened to me Monday. A little after 3:30pm I was stopped at the stop light on First St. NW waiting to turn left onto New York Ave. NW. Another car ran in to the back of my car and, after the initial shock, I got out of the car and went to check on the driver to see if he was okay. As soon as I get to the car window, the passenger gets out and walks away and the driver PASSES OUT. I asked if he was okay in a really loud voice (I was scared that he was really injured) and suggested that we move our cars from the middle of the road and he wakes back up, says he’s fine, but immediately passes out again.

At this point I call 911 thinking that we definitely need a cop and probably an ambulance as well. I was on the phone with 911 for 7 minutes and in that time the driver that hit me was passed out. I kept trying to engage him and each time he would wake up and pass out again. There were a dozen or so cars that passed us on First St. during this time, and a few checked to see if I was okay and many of them commented that the driver was seriously injured or under the influence of something…he was totally out. I was really concerned and communicated all of this to the 911 operator (who was great, by the way.)

Once the officer arrived the other driver woke up and finally got out of his car. His eyes were glazed over and he wasn’t able to communicate well…he was either seriously concussed or under the influence of something. He was not alright. The fact that he only responded when an officer arrived led me to believe that he was under the influence. The officer asked me what happened, looked at both of our cars, and asked the driver to back up so that our cars were no longer touching. While the driver was in his car, I pulled the officer aside and told him about the passenger who bailed and that the driver had been asleep for the past few minutes since the incident. In response, the officer said an ambulance would arrive to check on both of our conditions. I didn’t think he was taking me seriously so I then intimated that the other driver was under the influence, because it no longer seemed like he was seriously injured. The officer then went up to the other driver and only asked him about the passenger who had left. The driver said that it was his cousin who needed to go buy something (this seemed like a ridiculous explanation to me).

An ambulance arrived and asked if we were ok. We both said yes, so the ambulance left.

The officer then came back to me and told me that in these situations all that he can do is have us exchange information. I took all of the other driver’s info, but the other driver didn’t want any of my info. Then the officer told both of us we could go.

I know that officers have way more training than I do when it comes to recognizing when individuals are under the influence…but this whole situation seemed insane to me. I don’t believe the guy was seriously injured, so the only other logical explanation for his behavior (in my mind) was that he was seriously messed up.

Am I crazy?! I was seriously pissed. I could not believe that a cop would let this guy go. I have all of the driver’s information, but not the cop’s, unfortunately. I’ve requested that an official from MPD speak with me, but now that the adrenaline is subsiding I feel like any further action on my part is kind of pointless. I’d be curious to know what others think and if they can make any sense of this situation and the driver’s or the officer’s actions.

I also want to thank everyone who stopped to talk to me to ask if I was alright and see if any of them would mind reaching out to me so I can provide witnesses if MPD does reach out to me.”