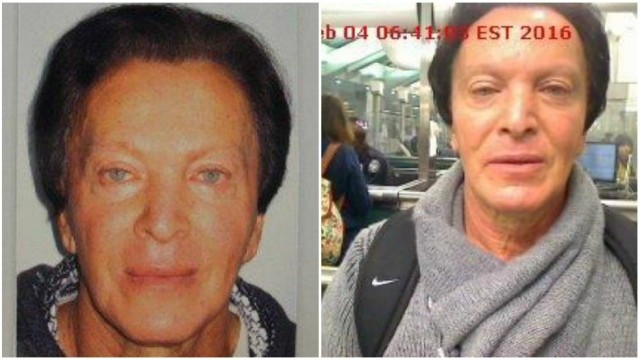 “Today [Wednesday] I saw without a doubt the man accused of child abduction at the Air and Space museum approach a little girl near the Ellipse at around lunch time. I was startled because he stopped his bicycle very quickly and then leaned over to the little girl who was sitting on the ground eating a hot dog by her self and leaned over and said something to her. She looked like she was struggling to understand what he was saying. I stopped and stared at him and after a few moments he started up on the bicycle again, only to ride a few seconds and then stop. It was very very odd behavior and it immediately reminded me of the attempted abduction at the Air and Space museum. I googled it on my phone, but with the sun glare and the small video, I was unable to ID the guy so I just kept walking on. I did take in his appearance, though: overly-taught face, ponytail, and wearing a backpack with the initials “BD.”

I did a more thorough search when I got back to a real computer and without a doubt, that was him, Bernard Derei. (Had I known his name earlier, I would have alerted the first officer I came into contact with, given the initials on the backpack) I left a message on their hotline.

I feel sick that this scumbag is still at these dirty antics and is preying on children enjoying the monuments and cherry blossoms and that I didn’t put two and two together until now. I last saw him crossing Constitution Avenue on 15th Street biking towards the Washington Monument.”