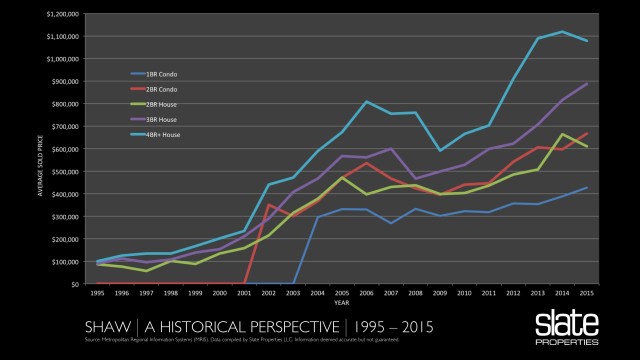 We’ve seen it in photos and in prose – now we see it graphically.

“Slate Properties, a locally-owned and independent real estate firm based in The District, is pleased to launch our 12-week series focusing on historical real estate data for some of the most sought-after neighborhoods in The District. Graphically, we will tell the story of average sold prices from 1995-2015 for one and two bedroom condominiums as well as two, three, and four bedroom fee-simple houses.

Today, we featured the booming SHAW neighborhood in NW”