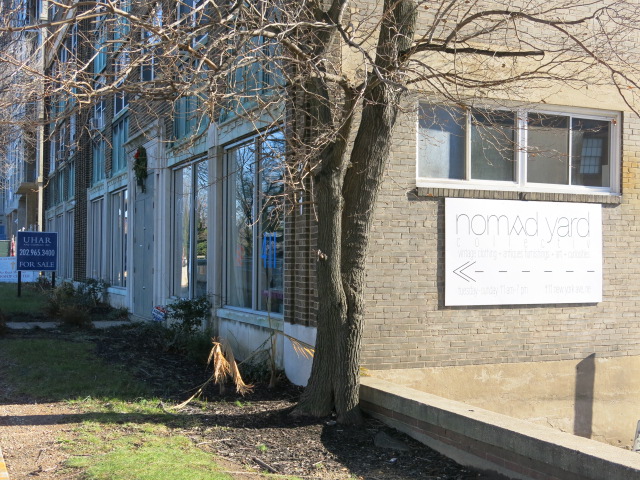 Boutique hotel proposal goes to BZA Monday. Plans to turn Union Arts located at 411 New York Ave NE into an “arts hotel”. Has collected 80 letters of opposition which can be found on the zoning case search #15-19. Facebook group calling for more signatures and stand in at case Monday:

#SaveDCArts – The Union Arts building at 411 New York Ave NE is the last collective art space of its kind in Washington, DC. It has been home to more than 100 artists and numerous organizations for many decades working as a catalyst of creativity for many communities throughout the city.

Regrettably, our building was sold to development groups who plan to evict all of us – the resident artists and organizations – by September 1. They intend to displace us so they can build an 11-story luxury boutique arts hotel. The DBLee and Brook Rose development groups have enlisted Cultural DC to convert the now affordable and diversely accessible art space into a chic hotel, where only 7 art studios will be made available to no more than 20 artists. This is far fewer than the number of artist collectives currently working in the building, who after being displaced will then be forced to compete for studios at a significantly higher price. In addition, the new building will greatly alter the character of the area into another sterile development, not suited for creative inspiration.

What is definite is the building has been sold. The current tenants at 411 New York Ave NE must vacate out by September 1st.

HERE’S WHAT YOU CAN DO:

“1) Email the DC Zoning Commission telling them you support the creatives and entrepreneurs at 411 New York Ave and that you don’t want us to be displaced. Voice your frustrations regarding space for community artists in DC. Send an email to [email protected] with the subject, “Comments on ZC Case #15-19” and Bcc [email protected]

EXAMPLE EMAIL / STATEMENT / LETTER:
“I am ____ and I am/own/make/do ____ in the District of Columbia. I would like to state for the record regarding ZC Case #15-19 my dismay for the displacement of artists at the Union Arts building at 411 New York Avenue NE. The proposed hotel development project by 411 New York Holdings, LLC that you are considering today is a great step back for Washington DC’s creative community.”
.
2) Come to the zoning hearing this Monday, February 1st at 6:30 pm at Office of Zoning and Planning in Washington DC. If you have performed, exhibited, frequented, worked, or otherwise support the artist activities at 411 New York Ave, come and speak against displacement of the artists you like and on behalf of the ability of artists and musicians to work in Washington, DC. We want to stack the house.

The Office of Zoning and Planning is on 4th Street NW between D and E, right next to the Judiciary Square metro stop. The full address is:

3) IMPORTANT – If you are unable to speak at the public hearing, written statements (see item 1) are STRONGLY encouraged, as each will be made a part of the official record.
.
SPEAK OUT, BE HEARD!
At this hearing, the public (that means YOU) will have an opportunity to make statements and testify to the truth, beginning 8pm.

The sale and repurposing of the Union Arts space at 411 New York Avenue fits the latest national trend of redevelopment and gentrification that makes existing as an artist in cities across the country, and especially in Washington, DC, a near impossibility.

411 New York Avenue is the last space of its kind in the District. This zoning and planning hearing is a perfect opportunity for artists who are active in DC’s contemporary creative community to make their voices heard to those who need to hear it.

Read the zoning hearing statement. See the plans for yourself.”