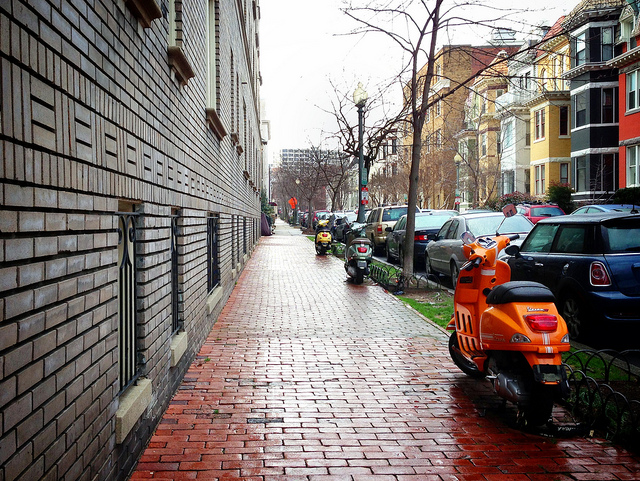 I am writing to alert readers of a Peeping Tom in the U Street area. My husband and I live on Willard Street NW and we have a backdoor and back staircase/balcony that goes out to the alley parallel to U Street.

I am embarrassed to say that the presence of the Peeping Tom in this back alley has been known by many neighbors for years now. The Peeping Tom is an African American male, about 50 years old, medium build, and walks with a very distinct limp.

My husband, who has lived in our condo for 10 years, has pointed the PT out to me on several occasions over the past few years (not in the act of peeping, just walking around the alley) About two months ago our neighbor in the building next door alerted us that the evening before he shoo-ed the PT off our balcony–which is majorly creepy because my husband and I were sitting on the couch watching TV the whole evening, so he must have been watching us. We went to the police station and the officer we spoke to said to alert the cops the next time we see the PT in our area, and they will send someone out to question him. The officer said if we could also manage to snap a photo that would be ideal.

Fast forward to Friday night, my husband and I are getting home from dinner at around 10pm. Our neighbor (who shares the balcony with us/also has windows looking out to the balcony) intercepted us in the hallway and told us that about 5 minutes she was watching TV and she saw a man walk by her window and then 5 minutes later she saw a man wearing a big black hood poke his head around the corner and look into her window. At this point she had retreated into her kitchen, and as soon as she saw the man again, she turned on the lights and he ran away.

We called 911 who came out immediately (major props to the cops). The officer searched the area, didn’t find the PT, and we filed a police report. The officer recommended we get video cameras. I’m writing this because our neighbors need to be aware of this, and also because the more people who are on the lookout for this creeper, the better chance we have of catching this guy so he can hopefully stop terrorizing the neighborhood. I am SURE he is peeping in the whole neighborhood, not just the Willard Street alley. Peeping Toms are REALLY hard to catch and I want this guy gone.

update, the Peeping Tom was back last night (Sunday), so we called the cops again, and the cops asked my husband and me to ride around with them looking for the PT. We unfortunately didn’t find him, but is nice to know the police are genuinely trying to help us. In the back of a police car was not how we expected to spend our Sunday night. “

Read more →
More Stories
“Regrettably, our building was sold to development groups who plan to evict all of us – the resident artists and organizations – by September 1”Photos from PoPville – That Sunset