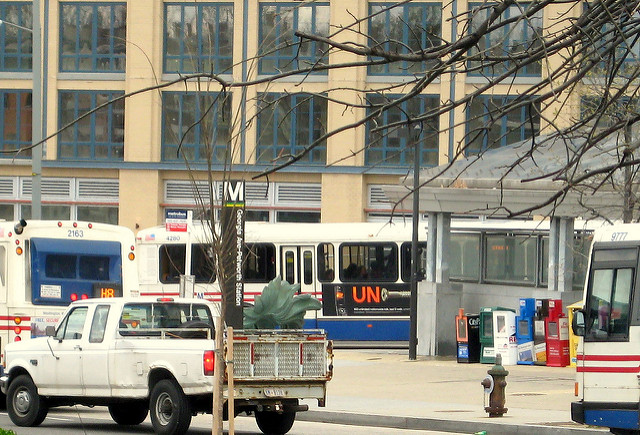 “About 7PM Saturday a group of about 10 teenage girls began fighting near the corner of New Hampshire and Georgia (actually on the west side of Rock Creek Church Road). It was a fairly big incident and about a dozen people witnessed it. At one point, one of the girls was dragged into the street and the other girls began stomping her in the face. One the girls involved in the fight pulled out a butcher knife and a hammer and began wildly screaming. I called 911 and timed the police response at 6 minutes. The first police cars arrived on the scene and the girls scattered right in front of them. The girl openly wielding the knife and hammer threw them down behind the zip cars on Rock Creek Church Road, 10 feet in front of the police.

The girl kept walking down Rock Creek Church Road in front of me and I frantically waved my arms to pointed her out to two more approaching police cars as they drove past her and myself. The police cars did not stop and drove on. I have to say that I was a bit perplexed by the police behavior, rather than chase down the girls, look for evidence, or question the dozen witnesses that stood around, the police officers congregated together in the middle of the street.

After several minutes of their meeting, I became concerned that they would simply leave without even looking at the crime scene (which was evident by torn clothing and other objects in the street). I hunted down the knife under the zip car and had to break the little police huddle to flag their attention to it. And, of course, there was no email alert put out about this incident. Maybe I’m expecting too much, but this incident seems like it could have been handled better.”