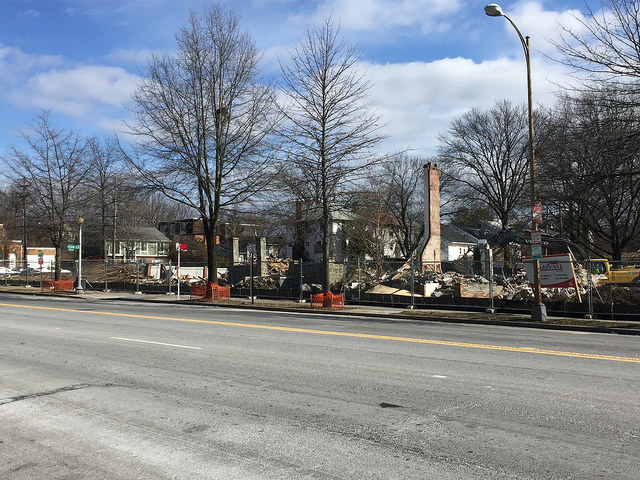 Don’t know if you saw this article in WTOP. I was furious to read that Walter Reed construction won’t start for another 5-7 years!”

“Construction is expected to begin within 5 to 7 years after closing,” D.C. Council Committee of the Whole Legislative Counsel Cynthia LeFevre tells WTOP in an email.

“Let’s discuss, for a moment, the re-development of the former Water Reed Medical Campus. I understand there has been some confusion as to the specifics of the overhaul, and, today, I aim to clear up some of your questions and misconceptions. On Tuesday, February 16th, the Council unanimously voted in favor of bill 21-474, the “Walter Reed Development Omnibus Act of 2015.” The approval of this much-anticipated legislation paves the way for the revitalization of the Walter Reed site. Following a second Council vote and the Mayor’s signature, developers will be able to break ground on the site.

As I often say, the re-development of Walter Reed is the single greatest economic development opportunity the District of Columbia has ever seen. Period. Not only will this re-development transform Ward 4’s local economy, it will also spur positive economic growth across the District as a whole. This being the case, after more than a decade of planning, I understand why there is so much anticipation to begin this project and take tangible steps forward. We stand upon the precipice of great positive change in our community.

So, where are we now? As many of you might remember, I helped officially break ground at Walter Reed this past November at new Engine Company 22 to kick off the development at the campus. The fire station is scheduled to be completed in early 2017. Next, this summer, the land at the Walter Reed location will be transferred to the developer, who will then begin preparing the land for vertical construction. After that, the plan calls for (by the fall of 2017) increased activity on the site, to include a new school, interim uses, and construction for new housing along Aspen Street.

And that’s just the beginning. This project won’t be finished overnight — but, rest assured that real, tangible steps are being taken to complete this revolutionary redevelopment project.

Neighbors, you do not have to watch this transformation unfold from the sidelines. Join the Walter Reed Citizens Advisory Committee Meeting at the Fort Stevens Recreation Center (1327 Van Buren St NW) each month to find out more information about the status of the project. The next meeting is currently scheduled for March 14th at 6:30pm.

Additionally, please utilize the following two websites as resources for any additional questions or concerns you might have regarding the project. They are:

Please continue to reach out to my office with any additional questions about the redevelopment at Walter Reed, at (202) 724-8052. I will keep you posted on all progress made as we move forward.”