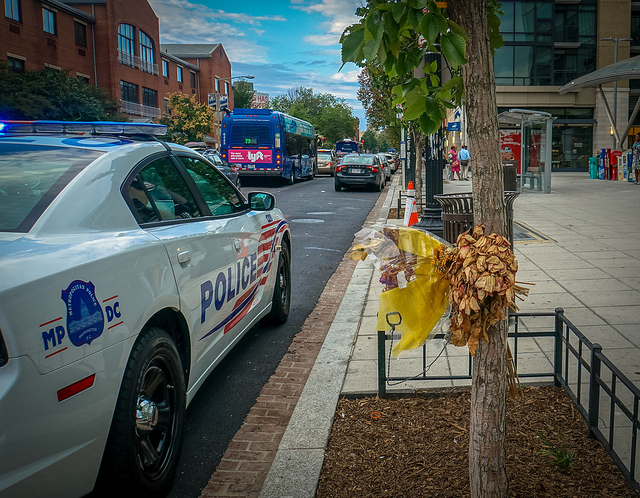 “Today, the Council of the District of Columbia passed, on first reading, Councilmember Kenyan R. McDuffie’s (D-Ward 5) “Neighborhood Engagement Achieves Results Amendment Act of 2016 (NEAR Act),” a comprehensive bill that re-calibrates how the District approaches public safety, by not just addressing crime after it occurs, but rather working to prevent crime by treating its root causes in a long-term, sustainable way. The NEAR Act addresses crime in several ways, including using a public health approach that requires the collaboration of the Metropolitan Police Department (MPD) and health and human services agencies.

The NEAR Act will establish an Office of Violence Prevention and Health Equity (OVPHE). The OVPHE is a recognition of the years of research that show that violence is a public health problem. OVPHE will require the city to develop and implement a public health strategy using risk assessment tools, cognitive and family based therapy, and service coordination to combat the spread of violence, including placing clinicians in every hospital’s emergency department to respond to victims of crime immediately and prevent violence from escalating the minute they are brought in.

The NEAR Act also creates an Office of Neighborhood Safety and Engagement (ONSE). Based off of the successful Richmond, CA model, the goal of the office will be to identify our teenagers and young adults at the highest risk for committing or being a victim of violent crimes, for participation in a stipend based program involving life planning, trauma­ informed therapy, and mentorship. The program will require its participants to create and execute a successful life­-plan, moving them away from the pitfalls of violent crime. Evidencing the potential success of ONSE, between 2007 and 2014, Richmond experienced a 76% reduction in firearm­ related homicides.

We also know that those impacted by homelessness, mental health disorders, and substance abuse are often in regular contact with the police due to unmet healthcare and housing needs. The NEAR Act establishes a Community Crime Prevention Team Program to pair mental health clinicians and housing outreach specialists from the Department of Behavioral Health and Human Services with police officers to identify individuals in need of assistance and to connect them with wrap-around services.

Finally, the legislation requires MPD to provide yearly training on preventing biased-based profiling; community policing; and the use of force in their mandatory continuing education/training. MPD is also required to collect stop and frisk and use of force data in an effort to promote transparency and improve relations between the police and the community.

“This critical legislation is a step in the right direction and will address the root causes of violent crime in an effective and sustainable way,” said Councilmember Mcduffie. “One homicide in the District is too many. This bill addresses crime no matter where it happens in the District whether on the street, train, or in a home.”

“We know that we can not simply arrest our way out of crime, we have to take bold and innovative steps like those in the NEAR Act to help prevent crime. I thank the residents, advocates, and experts for their active engagement throughout this entire process. We are all in this together.”