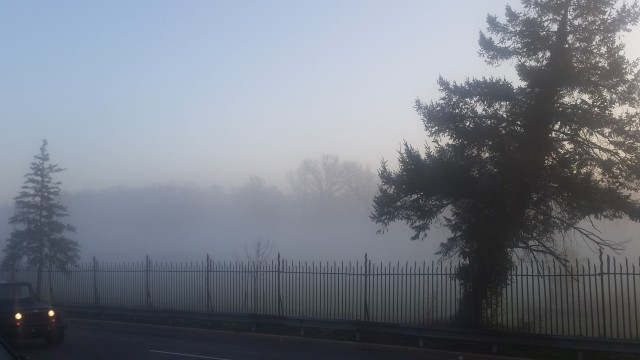 “My father submitted an application for admission to the Armed Forces Retirement Home (Old Soldiers’ Home) here in Petworth nearly five months ago. He’s qualified under their published admission guidelines, and I paid the Public Affairs office a visit before he initiated the application process to ask for clarification on the one issue that could have disqualified him (he suffers from PTSD as a result of his time in Vietnam, and I asked for clarification on whether or not PTSD is a ‘psychiatric’ condition and would preclude his admission. It is not, and would not, according to one representative.)

He and my mother then visited before he applied for an official tour and an in-person debrief before completing the application. With that background, any questions regarding his qualifications for (and interest in) this home should have been aired before he initiated his application. Apparently, they were not.
The bureaucracy he’s encountered has been staggering, even for a lifelong Washingtonian like me, and a career-Government employee like my Dad.

In late November, he was admitted to the Home during an in-person interview/assessment and was told the admission date would be forthcoming. One month later (after calls to follow-up) he received a form letter stating he was not qualified for admission and his application was rejected. This is insanity.

The COO has had this case in front of him for six weeks. The meeting to discuss appeals was postponed at least twice, and supposedly happened a week or two ago. Nobody is forthcoming with information. My parents’ Congressman has made calls on his behalf. It’s appalling.
The Home falls under the purview of the Department of Defense. The chain of command offers little hope for input on fixing this disparate and broken system. Most worrying of all is that lifelong and/or disabled veterans are being treated in a deplorable manner. At this point, I don’t know that I trust the administration of the Old Soldier’s Home enough to recommend to my dad that he (re)accept admission if offered. I’m much, much more concerned with bringing to light the horrible process unfolding there.

Has anyone else had dealings with the AFRH administration? Specifically the office of the COO? Advice and perspective would be warmly welcomed…”