I’ve been wondering for quite a while what the story is behind what I’ve dubbed the “Florida Avenue Folly” attached to the side of a house on Florida Ave. just before 16th St. It’s hard to get a shot of it due to the location and fence, but I was passing when the light was right for it today. Any thoughts?”

This peculiarity used to come up every year but it’s been a minute since someone asked. They are the remaining columns from the Henderson Manor Garden at 16th and Florida Ave, NW. In 2009 The Post’s Answerman dug up the full story. In part: 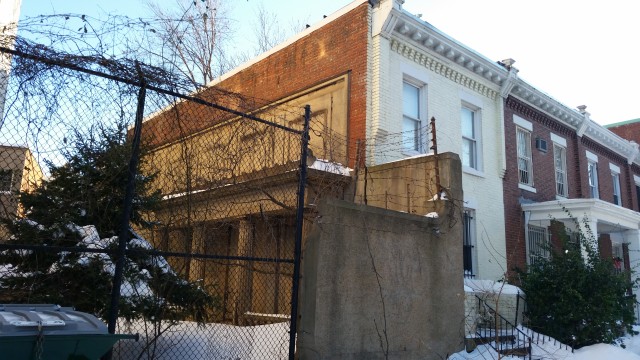