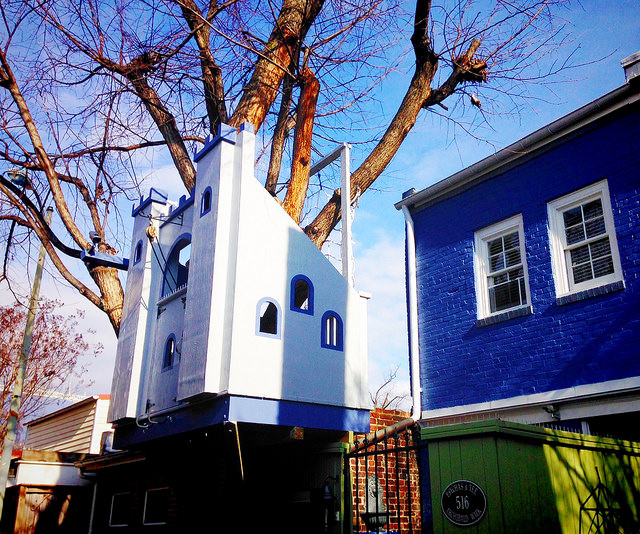 The Infamous Archibald Walk Treehouse has been denied a permit but the owners say they’ll move it according to the Washington Post:

A District committee denied a request Thursday to allow a treehouse on Capitol Hill to jut about 20 inches into a narrow public alley — a win for opponents in the neighborhood who want it removed.

But the couple who built it vowed to keep the treehouse for their young daughters, saying they plan to move it a few inches to comply with city requirements.

There, now we can all be friends again…

Read more →
More Stories
Photos from PoPville – The Auto ShowQuarter+Glory “a modern take on the classic American watering holes of past generations” opens in the former Jin Space at 14th and U St, NW