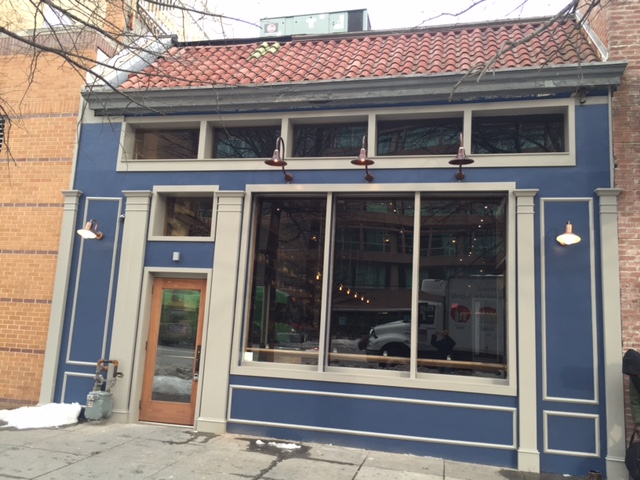 “Quarter+Glory, the latest addition to Washington, D.C.’s thriving hospitality scene along the U Street Corridor, today opens its doors at 2017 14th Street NW on the corner of U Street. Patrons will find a modern take on the classic American watering holes of past generations, where all walks of life convened over a shot of whiskey, a cold beer or a simple cocktail and enjoyed good conversation in a convivial atmosphere.

Quarter+Glory embodies the spirit of creative types of a past era coming together — whether it be journalists, poets, actors, novelists, or just the neighborhood raconteur – to converse about their individual crafts and the unique creative process that connected them. In that vein, Quarter+Glory borrows its name from an alleged secret literary society said to be started by famed playwright Eugene O’Neill. As lore would have it, the members would gather in old waterfront bars and conclude each meet by raising their glasses and pledging, “give me Quarter and Glory!”

Quarter+Glory is managed and operated by Public House Collective, the New York-based hospitality management and consulting company behind NYC nightlife destinations The Rum House and Ward III. The bar is the group’s first venture outside of the New York market and is conceptualized by Ryan P. Burke, President, and Kenneth B. McCoy, Chief Creative Officer. Robert Yealu, who was recently named to D.C.’s first-ever Zagat “30 Under 30” list, has been tapped to serve as General Manager.

“Quarter+Glory is truly an authentic ode to the bars of old New York that my father owned and operated, where folks from a cross section of society gathered to share great drinks and conversation with whomever happened to stride up to the bar,” said McCoy. “We chose D.C. as the place to take our first step outside of New York because the city has such a distinctive energy that feels very much in tune with our own. I think it’s fair to say that Washington, D.C. also captures the essence of Quarter+Glory, ‘Dignified for the Discerning and Bold for the Courageous.’”

Public House Collective partnered with acclaimed design firm Parts and Labor Design to execute their vision for the space, which is inspired by American craftsmanship rooted in tradition. Housed inside a building constructed in 1919, original brick walls set the scene while a 33-feet long oak bar top serves as a frontispiece to the stunning back bar that reaches all the way up to the lofty ceiling. With warm leather banquettes and covered bar stools enhanced by intersections of tweed and other fabrics in various patterns, the 44-seat space evokes a sophisticated handsomeness that is both timeless and effortless. Custom lighting accents add curvature and softness, complementing some of the harder edges noticeable in features like brushed metal and marble utilized in the drink rails located around the room. The original hardwood floors have been refinished and are joined by a new brass entryway detail that will immediately welcome new guests and future regulars to experience the hospitality and community of Quarter+Glory. 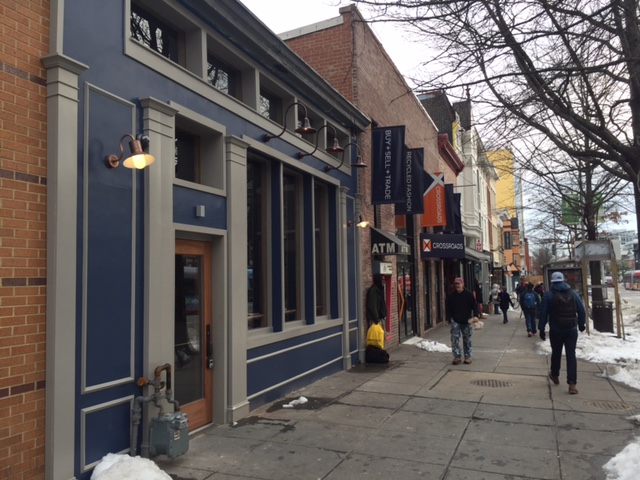