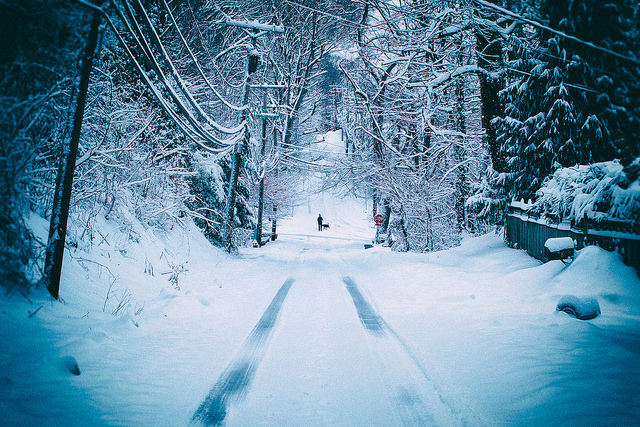 I’m wondering if anybody knows the DC law governing signage for parking restrictions, particularity for identifying snow emergency routes? I just got a ($250) ticket for parking along a snow emergency route (400 block of 6th St NW, between D and E). I try to be vigilant about this sort of thing, and I had checked the 2 or 3 parking signs in both directions of my car (about 30 yards in either direction), but it turns out there was one “snow emergency route” sign on the northern end of this very long block. There were at least 10 other cars who had likewise parked and been ticketed, and even more cars continued to park as people vacated their spots (though I warned as many as I could). Perhaps I just need to be more vigilant, but it seems reasonable to survey 6 parking signs spanning 60 or 70 yards before concluding that a block is okay to park, and clearly many others agreed (to the tune of $2500/3000 in tickets within a few minutes). Does anyone know the law on this? I searched the DC parking code for signage requirements and turned up nothing.” 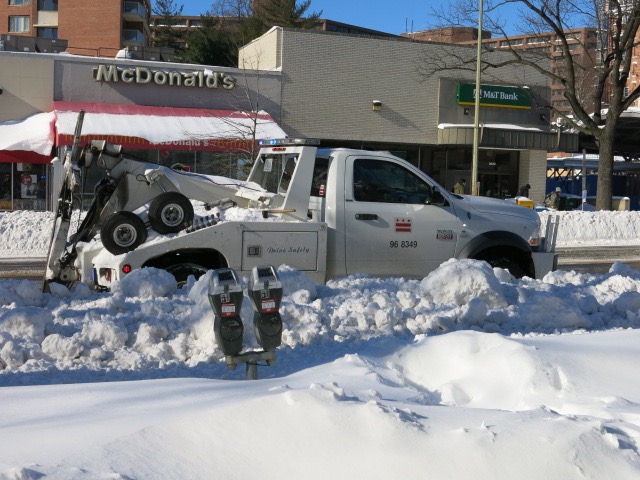 Also this just in from the Mayor’s Office:

“The Blizzard of 2016 was one of the largest snow events in recent history and we are all working together to dig the District out from this storm,” said Mayor Bowser. “Despite that drivers were advised last Thursday to remove their vehicles from snow routes, I understand that some who received citations that Friday may not have known about the parking restriction, or may have been running errands in preparation for the storm. This ticket dismissal is one small way that we can continue to help each other recover from the storm.”

At 9:30 a.m. Friday, January 22nd, a snow emergency declaration went into effect requiring residents to remove their vehicles from snow emergency routes and prohibiting them from parking along these routes until the declaration expired. 2800 citations were issued Friday, each of which carried with it a fine of $250 fine and fees for towing and vehicle storage.

Unpaid citations issued for violating the January 22nd snow emergency will be voided administratively. Residents who have already paid their citations for violations that occurred on Friday, January 22nd will receive a refund. In either case, all applicable towing and storage fees still apply. Residents with questions about the citation void are asked to call 311.”

More Stories
“Is anyone getting mail?”Even the Cops are Saving Parking Spots? “also he used OFFICIAL “Police Line Do Not Cross” tape to do so!”