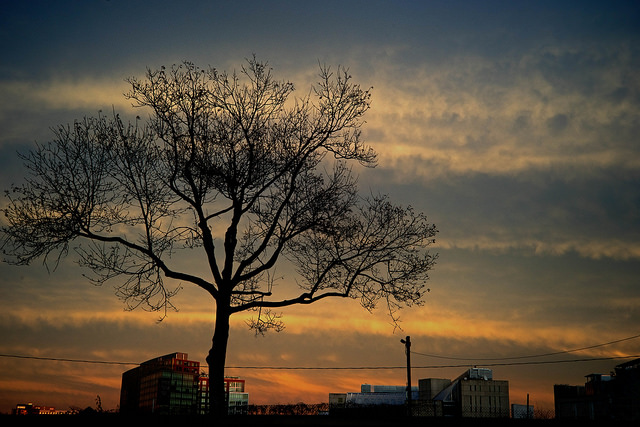 This morning I woke up to find an email from the D.C. police online forum titled “Preventing Terrorism is everybody’s business”. And admittedly it was darkly funny to me. For most of my life I lived in a country which has seen a lot of terrorist attacks and have had at least one narrow escape. I have also had the unfortunate experience of watching on TV, my favorite pub, a scene of a grenade and AK 47 attack. But, never felt terrorized and it certainly never changed anything for me. In fact I remember drinking beer in the pub soon after (they even sold mugs commemorating the attack!). Probably the only silver lining of terrorism is that it only shows up occasionally and, unless you are in some really unfortunate countries, terrorists do not rule the streets.

In contrast, having recently moved to D.C., life has changed drastically.

The dog no longer gets late night walks and has to be content relieving himself in our rather small backyard. Three days after moving into our Petworth house we heard gunshots on our street. Another round of fire in two more days. And then a constant stream of reports from police forums and PoPville about gunshots, which we simply didn’t hear, within blocks of our house. And also plenty of reports about robberies, burglaries, stabbings, drug houses etc.

To their credit the police seems to be responding. People in online forums thanked the police for a cop car parked on the street. And while mildly comforting, gun shots on a nightly basis would have citizens calling for a flag-march in most civilized cities! Agreed, the flag-march is not an American concept, but look it up. However it seems like all this is treated as a status quo situation. Even people’s standards for ‘safe’ neighborhoods in the nation’s capital are so mediocre it’s shocking. Gun shots & violent crime, to the administration here seems like ‘business as usual’. It seems the message from the authorities is, “Of course the citizenry will change their lifestyle.” People and police would call you an idiot if you walked in most parts of D.C at 11 P.M. The MPDC website’s page on ‘Safety for Runners, Walkers and Bicyclists’ reads like an essay on low urban self-esteem. It has gems like “It’s also a good idea to check with police about any criminal activity in the area you plan to run/walk/bike.” This sentence should not be part of any self-respecting police website and certainly not one which won’t allow citizens to carry pepper spray, as if it’s some upscale Menlo Park walled community! Also, can someone please share the D.C. pre-walk criminal activity check hotline number with me?

I’d like to tell Chief Lanier and Mayor Bowser, that in my eight years in America, I never heard gun shots or called 911; in less than two weeks in D.C. I had called 911 twice and heard too many gun shots (in most parts of the world, more than zero =too many). I wonder if either would walk their dog in a different Ward every night and still claim that it’s a ‘perception’ problem. An old neighbor kindly offered consolation that it was much worse in the 90s, which may be good in relative terms but in absolute terms means absolutely nothing. And it means that it can get back to being much worse and still be status quo.

So preventing terrorism may be ‘everybody’s business’ but some of us are already pretty terrorized. Speaking about terrorism, Chief Lanier said yesterday, “It’s really just ‘be vigilant’ — not alter [your] way of life.”(Insert laughter here?).

One must ask, how will an administration that cannot end the nightly terror by untrained criminals deal with an attack by motivated, trained, and suicidal killers on your average soft target?”