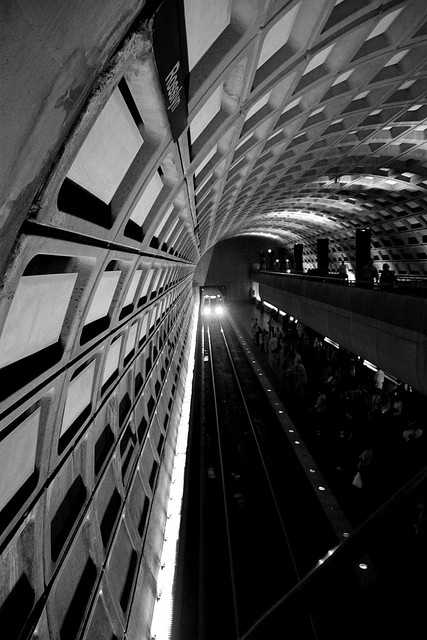 I just want your readers to be aware of what happened to me and my husband on the metro Halloween night. On the orange line headed towards New Carrollton on a fairly packed train, a young man grabbed my husband’s phone at the McPherson Square stop around 12:45am. My husband chased after him and I followed closely behind. We followed the thief into the next car on the train where we were surrounded by people who were participating in the crime. The group (both men and women) tripped us and while my husband was on the ground, several of the young men repeatedly punched him in the head! It all happened so fast. It was horrible. My husband will eventually be okay, but his eye is hurt and he is sore, and we both have bloody knees. The lesson learned is do not chase after someone who steals your belongings on the metro. Also, we need more metro police officers!”