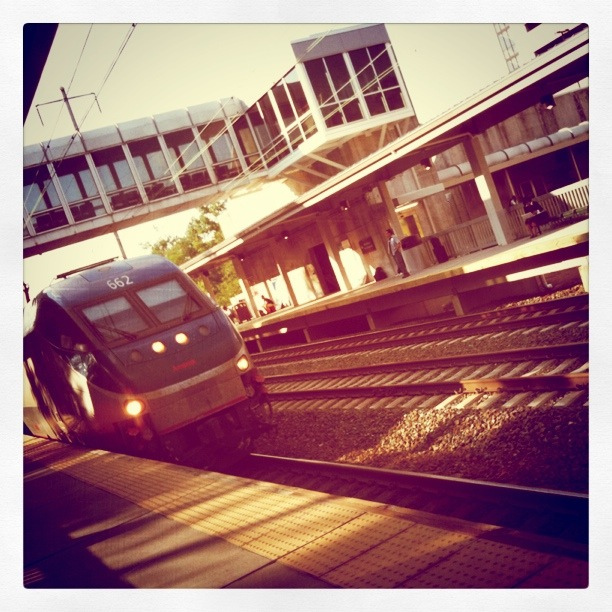 “With unanimous Board support, Paul Wiedefeld was named Metro’s new General Manager and Chief Executive Officer (GM/CEO) today. Mr. Wiedefeld will be formally appointed at WMATA’s next Board of Directors meeting on November 19.

“This Board is very pleased to have a senior executive of Mr. Wiedefeld’s caliber who will help us build a new standard of safety, reliability, and financial stability for our system,” said WMATA Board of Directors Chairman Mort Downey. “Paul brings to Metro a depth of transportation knowledge and regional experience and we are absolutely united in our support for him. The Board will continue in our governance and oversight role in a manner that helps Paul succeed in running the day-to-day operations of Metro to better serve our riders, rebuild faith in management, and restore credibility with stakeholders.”

Mr. Wiedefeld, age 60, brings to Metro 30 years of public and private sector transportation management experience, formerly serving as CEO of the Baltimore/Washington International Thurgood Marshall Airport, where he managed the operations of an airport that served a (then) record 22.7 million passengers in CY 2012. During his prior service as BWI CEO, Mr. Wiedefeld oversaw the largest expansion in the Airport’s history including the design and construction of a 26-gate terminal for Southwest airlines; as well as providing air service, customer service, and increasing airport revenues. He is credited with leading BWI’s growth as the busiest passenger airport in the Washington metropolitan region.

“I am humbled and excited to learn of the Board’s unanimous support, but believe it is inappropriate to comment further until the Board takes its final action at the November 19th meeting,” said Mr. Wiedefeld.

Prior to leading BWI, Mr. Wiedefeld’s career included service as Administrator of the Maryland Transit Administration, where he managed day-to-day operations of the nation’s 13th largest transit system, including commuter rail (MARC), subway, light rail, buses, and paratransit services. He also spent a decade in the private sector with extensive experience in engineering project management for Parsons Brinckerhoff’s aviation practice. He holds a Bachelor of Science degree in Political Science from Towson University and a Master’s degree in City and Regional Planning from Rutgers University.

Metro expects to finalize a contract agreement with Mr. Wiedefeld in time for the Board meeting on November 19, when it will vote to appoint him to the position and announce a transition plan. Meanwhile, Jack Requa will continue to serve as Interim General Manager until Mr. Wiedefeld comes on board.

The Board also said today that McKinsey and Company, supported by a team from Ernst & Young, have begun their work at Metro this week on an efficiency study that will provide a road map for the Board and Mr. Wiedefeld moving forward.

“It’s important for our new chief executive to have these resources at his disposal to ensure we are strengthening Metro’s operations and business management, while improving safety compliance and restoring service reliability,” said Downey.”