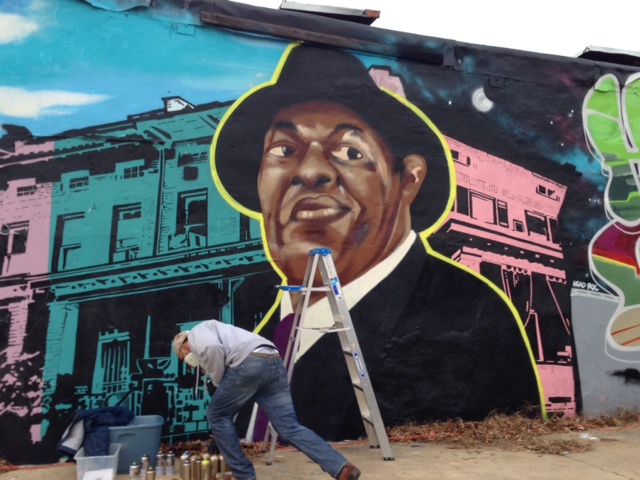 “On the one-year anniversary of the death of former DC Mayor Marion S. Barry, Jr., Mayor Muriel Bowser announced recommendations from the D.C. Commission to Commemorate and Recognize the Honorable Marion S. Barry, Jr.  The Commission was tasked with identifying ways to honor the late Mayor of the District – often referred to as ‘Mayor for Life.”

The recommendations include: commissioning a bust or statue in front of the John A. Wilson Building, renaming Good Hope Road, renaming Frank W. Ballou Senior High School in Ward 8 where Barry served as the Councilmember until his passing, and naming the new student center at the University of the District of Columbia.  The final recommendations, culled from a list of 30, were developed based on public input solicited during this summer’s public engagement forums.

“Sometime after Martin had a dream and before President Obama gave us hope, Marion Barry provided opportunity,” said Mayor Bowser. “And with these recommendations we will take the first step to rename Good Hope Road after Marion connecting him with Martin in the heart of ward 8. I want to thank the Commission for engaging the public and for going through a thoughtful process.”

Mayor Barry’s contributions to this city are unparalleled, and I am confident that these recommendations will help us honor his legacy for generations to come.

Earlier in the year, Mayor Bowser renamed the District’s summer youth employment program to the Marion S. Barry Summer Youth Employment Program, and she expanded the program to include 22–24 year-old participants.

The 13-member Commission is comprised of former and current elected officials, businesses community leaders, and family members of the late Marion Barry, Jr.

Find a copy of the Commission’s report HERE.”