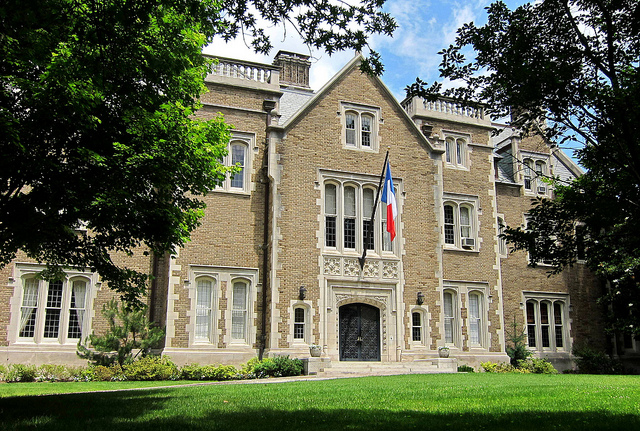 “Good afternoon, I wanted to take a moment to update everyone on yesterday’s attacks in Paris and let you know how the Department is responding. As you are aware by now, during the evening hours yesterday, November 13, 2015, terrorists, self-proclaimed to be affiliated with ISIS, conducted a series of attacks in the area of Paris, France. Currently, hundreds of people have been reported to have been killed or injured in connection with this tragedy.

While the specifics relating to those responsible, and the planning of the Paris attack, will become more apparent as the investigation continues, I wanted to use this opportunity to remind everyone how important it is to always be on the lookout for suspicious activities and to promptly report them if observed. Simply reporting a suspicious activity, however small, may be the linchpin in disrupting a pending attack before it can be acted upon. With this said, let me be clear- there is no known, credible threat to Washington D.C, at this time. However, we must always remember that Washington will always be an attractive target to those wishing to do harm to us.

Preventing an attack, swiftly responding to any tragedy, and saving lives remains our highest priorities at the MPD.

As a result of yesterday’s events we immediately dispatched additional officers to our streets and you will see them in your travels conspicuously patrolling areas of our city. We will maintain this additional presence until such time as more information becomes available on this attack, and we feel circumstances dictate that they are no longer needed.

In closing, be assured that, as always, we remain in contact with all of our law enforcement partners in the region, collaborating daily, to ensure our city remains safe and secure.

May our prayers and well wishes remain with those impacted by yesterdays tragedy, and their families.”

From the Mayor’s Office last night:

Out of an abundance of caution, the District has deployed additional law enforcement resources to French-owned sites and other high-profile locations. There is no imminent threat to the District and MPD will continue to work with partners and monitor the situation closely.”

“We are closely monitoring the tragic events in Paris, coordinating w/our federal partners & have increased patrols on the system.”

“We remind our riders to be vigilant. Report any suspicious activity or unattended items immediately. Call 202-962-2121 or text MyMTPD”