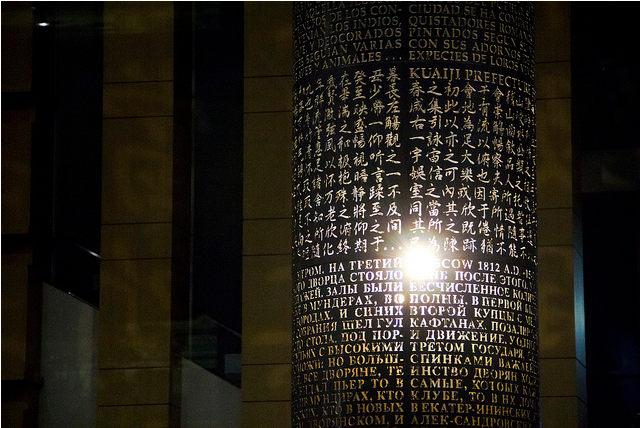 Thanks to Kate for sharing from the Census Bureau:

These tables are among the most comprehensive data ever released from the Census Bureau on languages spoken less widely in the United States, such as Pennsylvania Dutch, Ukrainian, Turkish, Romanian, Amharic and many others. Also included are 150 different Native North American languages, collectively spoken by more than 350,000 people, including Yupik, Dakota, Apache, Keres and Cherokee.

“While most of the U.S. population speaks only English at home or a handful of other languages like Spanish or Vietnamese, the American Community Survey reveals the wide-ranging language diversity of the United States,” said Erik Vickstrom, a Census Bureau statistician. “For example, in the New York metro area alone, more than a third of the population speaks a language other than English at home, and close to 200 different languages are spoken. Knowing the number of languages and how many speak these languages in a particular area provides valuable information to policymakers, planners and researchers.”

The tables provide information on languages and language groups for counties and core-based statistical areas (metropolitan and micropolitan areas) with populations of 100,000 or more and 25,000 or more speakers of languages other than Spanish, as well as for the nation, states and Puerto Rico regardless of population size. These data show the number of speakers of each language and the number who speak English less than “very well” — a common measure of English proficiency.

In addition to making the tables available for download as a spreadsheet, the Census Bureau will release the data as part of its application programming interface, or API.

At least 168 languages are spoken at home.
26 percent of the metro area population age 5 and over speak a language other than English at home.
One of the smaller language groups found there is Amharic, with 43,125 speakers.”