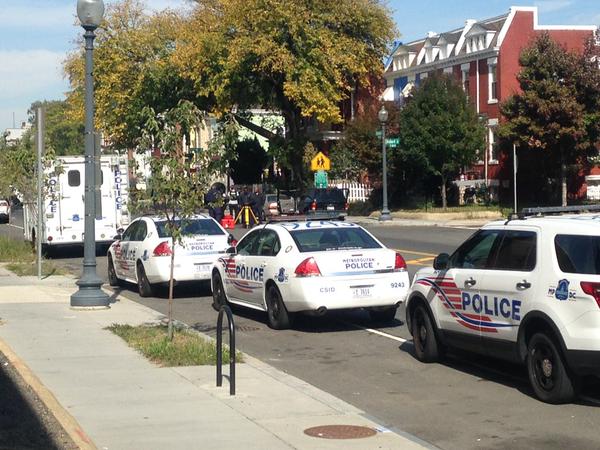 Mark sends a photo of the scene:

“I counted 6 shell casings lying in middle of Sherman Ave, each w/ a DC Police evidence flag next to it. Windows of SUV shot out. here’s a photo of the scene – black SUV is one with windows shot out & casings around it.”

“Tons of cops, ambulance, etc gathered and yellow tape everywhere. Heard cop radio says something about a shooting on Sherman avenue, but didn’t get address. We were diverted from the road at about Girard. If that’s the case, Sherman has seen tons of shootings lately.”

“At approximately 11:15 am this morning Third District Units responded to the report of a shooting in the 2900 block of Sherman Ave, Nw. The victim was discovered unresponsive when officers arrived on the scene.

Anyone with information related to this incident are asked to contact MPD at 202 727-9099.” 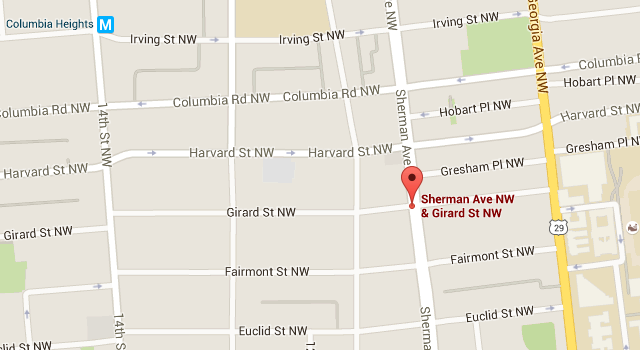