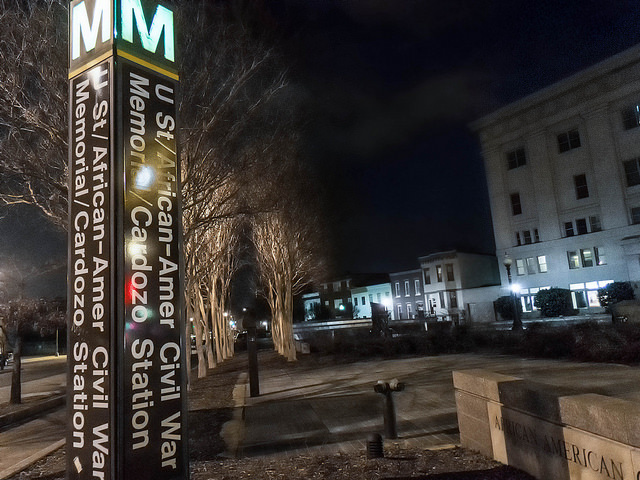 A reader reports Saturday night from the U Street metro station:

“I was just waiting for a train around 6 when a fight broke out and one of the guys was thrown on the tracks. He got up and it looked like WMATA delayed the train to make sure it was clear. No one seemed to do anything other than clean up the blood. It looks like both guys ran out the 10th St exit.”

Sadly seems like just another Saturday Night in the District these days.

“I wanted to let you know that there was more going on than just cleaning. MTPD took the suspect involved in this incident into custody in the area of Sherman Ave and Euclid St NW. He was transported back to U Street Station where he was positively identified by the victim. Arrested, charged with simple assault. Both parties involved in the fight were checked by medics — neither required transport.

Suspect is 20yo male, resident of NW DC.”