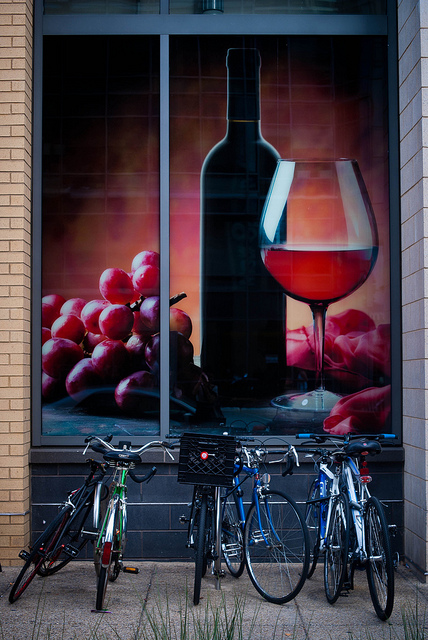 When walking home from work last Thursday, I came to the intersection of First and M NE, right in front of Harris Teeter, at about 5:15 PM. A teenager had just hopped on a bike and ridden to the bike lane on the other side of the street from Harris Teeter, and he was looking back at his friend who was still at the bike rack. I didn’t think too hard about this normal behavior but then I noticed that he was too big for the bike, and the way he was watching his friend struggle at the rack was kind of strange.

I crossed onto M street and was walking along near the metro entrance and the two guys then came biking along in the bike lane on the other side of the street. They stopped across from me near the entrance to the bike trail, and one guy jumped off the bike and I saw him pull bolt cutters from the leg of his pants/waistband and put them into his backpack. The other guy had gotten off his bike and was looking at it, and I realized that odds are I’m watching a bike robbery in progress. Bolt cutters into the backpack, they hopped on the bikes and kept riding, turning right/south onto 3rd St.

I snapped a couple pictures of them- one of them had some distinct clothing/accessories. If your bike was stolen on Thursday from the rack outside Harris Teeter in NoMa, please reach out and I will give you the pictures to give to the police!”

Ed. Note: You can email me at [email protected] and I’ll put you in touch with OP.